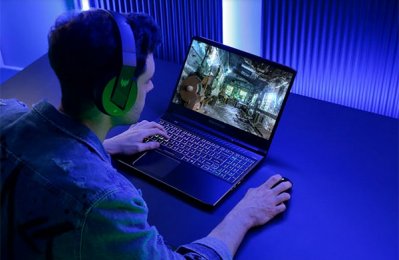 Acer Middle East has reported strong financial growth year-on-year (YoY) and year to date (YtD) with overall revenues rising by 48 percent during the seven month period from January 2021 to July 2021 as against the same period of 2020.

Acer Middle East has registered notable success in key markets where the company enjoys strong sales and brand recognition among consumers. Egypt stands out as the best growing market, reporting a growth of 115 percent in this period.

Oman, Kuwait, Qatar and Bahrain are the next best growing regions with a 60 percent revenue growth in each. The UAE recorded a 47 percent rise, while Saudi Arabia and the Levant each registered a 38 percent increase.

Acer has announced its global financial results for the second quarter of 2021, with consolidated revenues of $2.85 billion ($79.78 billion), the highest in 11 years with 142.5 percent year-on-year (YoY) growth.

Global business highlights among Acer’s product lines in the second quarter 2021 include the gaming line that grew by 35.7 percent YoY, and Chromebooks that grew by 41.8 percent YoY.

Acer sees demand for the PC business remaining higher than supply with visibility to the end of the year. In addition, Acer’s fleet of listed subsidiary companies have reported their second quarter revenues and profits, which grew faster than the overall group performance, affirming the multiple business engines strategy. – TradeArabia News Service