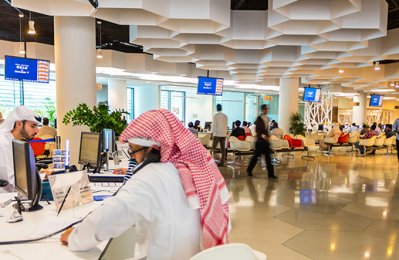 A total of 16,000 new companies joined Dubai Chamber in the first eight months of 2021, bringing its total membership to over 275,000, a year-on-year growth of 68.5 percent, said a report.
The value of ATA Carnets, international customs documents that permit temporary import of duty-free and tax-free goods, issued by Dubai Chamber and received by the country, between January and August 2021, reached AED2.2 billion, a growth of 47 percent. This reflects an uptick in activity in the Meetings, Incentives, Conferences & Exhibitions (MICE) industry, said the Wam news agency report.
Meanwhile, the number of ATA Carnets issued by the Chamber and received by the country, increased 5.1 percent over the same period, reaching 2,188 in the first eight months of 2021. The ATA Carnet system is managed by Dubai Chamber in cooperation with Dubai Customs, facilitating the temporary entry of imports to Dubai.
Hamad Buamim, President & CEO of Dubai Chamber, said the latest figures reflect improving business confidence in Dubai, economic competitiveness and the emirate’s growing appeal among investors and companies from around the world. The membership growth is also a result of the various business-friendly measures and incentives introduced by the government in recent years.
Expo 2020 Dubai and the recently announced ‘Projects of the 50’, an initiative that aims to launch a new series of ambitious national strategic projects will further add to Dubai’s growth momentum. Such projects are expected to drive the next phase of the UAE’s economic development.
In addition, Buamim highlighted Dubai Chamber’s ongoing efforts to attract promising and innovative companies from around the world, facilitate Dubai’s trade with other markets, meet the changing needs of the business community and implement the directives of His Highness Sheikh Mohammed bin Rashid Al Maktoum, Vice President, Prime Minister and Ruler of Dubai, to enhance the competitiveness of the private sector.
The number of electronic transactions processed by the Chamber increased 7 percent to reach 450,000 in the January-August 2021 period, compared to about 419,000 transactions in the same period last year, the report said.