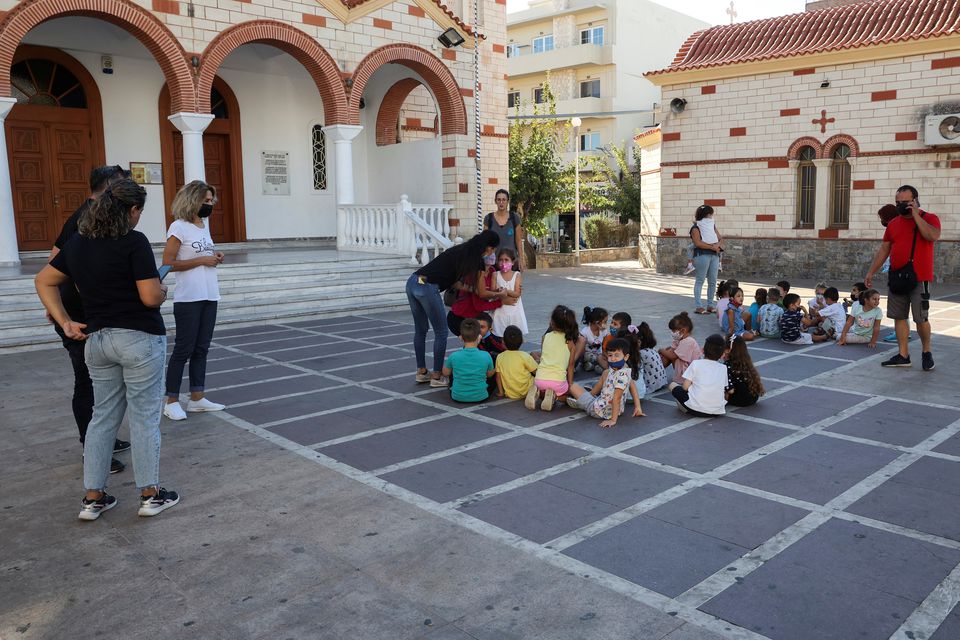 The quake, which sent people out of their homes and public buildings and caused considerable damage, was described by a Greek seismologist, Efthymios Lekkas, as a "thunderbolt" with strong aftershocks.

A man died when the dome of a church in the town of Arkalochori caved in during renovation works, a police official said. Civil protection authorities said nine people were injured in the quake, which damaged many buildings.

The tremor prompted many people in Crete's main city Heraklion to rush outdoors. Schoolchildren were told to leave their classrooms, gathering in schoolyards and town squares.

"It felt quite strong and lasted many seconds," a local mayor told Skai television.

The Athens Geodynamic Institute said the quake's magnitude reached 5.8 and its epicentre was 23 kilometres northwest of Arvi in southeastern Crete, at a depth of 10 km.