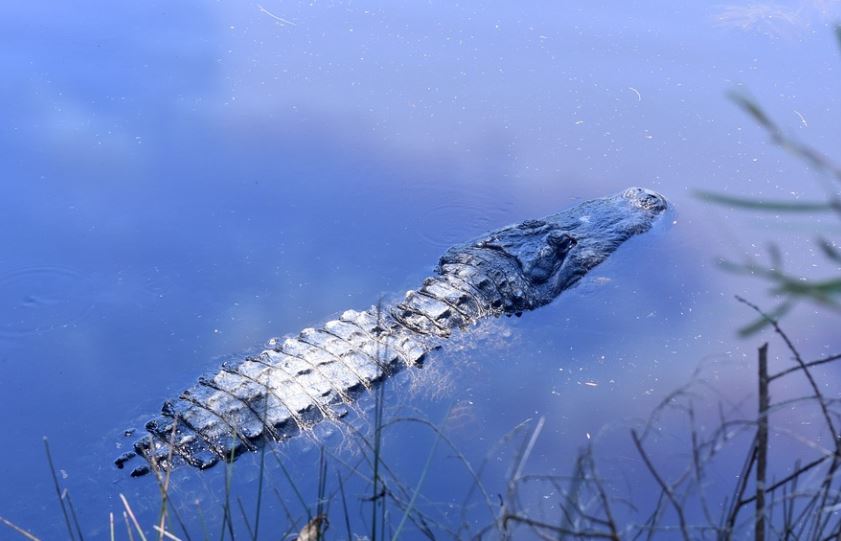 Add saltwater crocodiles to the list of drone hazards.

A cameraman filming for an Australian Broadcasting Corp (ABC) documentary captured the moment a "salty" leapt from the water and snatched the drone carrying his camera.

Video recovered from the wrecked drone shows it skimming above the water towards a crocodile, that is floating virtually stationary, with only its head above the surface, in a lagoon at a crocodile park in Darwin.

Then the beast's tail flicks, and a millisecond later the nose and widening jaws and teeth appear directly in front of the lens. The drone and camera are plunged into the green murky water, coming to rest upside-down of the lagoon's bed as the turbulence clears.

The cameraman, Dane Hirst, was unaware at first what happened but the grandfather of a child that witnessed the attack broke the news that the drone, newly purchased for the shoot, wouldn't be coming back, ABC reported.

A park official said the bite-mangled drone was found two weeks later on the shore of the lagoon. But, the video card survived.

The drone has been hung in the ABC newsroom.