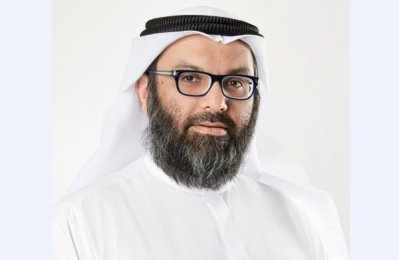 The UAE's Telecommunications and Digital Government Regulatory Authority (TDRA) has released a public consultation to obtain the views of stakeholders on its activities related to reviewing spectrum allocation for IMT applications.

The Telecommunications and Digital Government Regulatory Authority (TDRA) has released a public consultation to obtain the views of stakeholders on its activities related to reviewing spectrum allocation for IMT applications in certain frequency bands, namely the UHF and 3.8 - 4.2 GHz bands and the 6 GHz band.

Based on the cooperation with stakeholders, consultation results and response analysis, TDRA will update the part on the current and future uses of IMT within the Spectrum Future Foresight document of 2020-2025, and develop a vision on UAE’s directions regarding the uses of these bands.

Tariq Al Awadhi, Executive Director of Spectrum Affairs said: “In line with TDRA’s vision ‘The UAE is a global leading country in ICT’, TDRA continues its efforts to align spectrum allocation with market needs on a proactive basis.

“For this purpose, TDRA has prepared this consultation to invite ICT stakeholders globally in general, and the UAE in particular, to provide their views on the allocation of some key frequency bands in light of the increasing demand for innovative wireless services such as 5G and WiFi6e, with the aim of facilitating obtaining the appropriate spectrum resources for wireless networks, maintaining sustainable and continuous growth and developing the use of new wireless services.”

Al Awadhi highlighted that this consultation falls under TDRA’s efforts to implement the principles of transparency, fairness and openness in dealing with customers, partners and other stakeholders.

The consultation posed a set of specialized questions about the 470-694 MHz band, which was previously used in terrestrial television broadcasts, the future of this band in light of the changing habits of viewing terrestrial television broadcasts in the UAE, and the need to review the use of this spectrum effectively. It also addressed long-term options for its use through new wireless technologies.

The consultation also included points of discussion and consultation on the 3800-4200 MHz band, which is mainly used in fixed satellite services in certain geographical areas of UAE and on certain frequencies within the band.  The consultation confirmed that based on the recent discussions in the Arab Spectrum Management Group (ASMG) meeting, the 3.8 GHz to 4.2 GHz band is a potential band for possible new innovative applications, given the potential of this range to be used more effectively considering existing services.

This consultation opened the door for stakeholders to discuss any additional problems related to spectrum resources, by presenting their views in addition to recommendations on how to solve these problems. – TradeArabia News Service