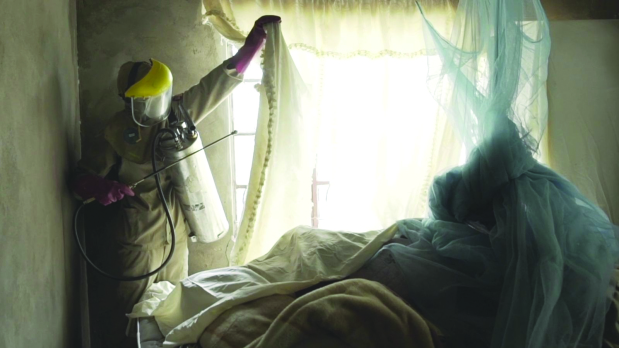 Bed nets have been the main method of preventing the disease, until now

NAIROBI: The first vaccine against malaria could be rolled out to billions of people after key advisers to the World Health Organisation (WHO) gave it the green light.

Experts on the WHO’s advisory bodies for immunisation and malaria concluded the vaccine Mosquirix – a vaccine developed by British drugmaker GlaxoSmithKline – could save tens of thousands of lives every year.

WHO Director General Dr Tedros Adhanom Ghebreyesus said he had started his career as a malaria researcher and had “longed for the day that we would have an effective vaccine against this ancient and terrible disease”.

He said: “Today is that day. An historic day. Today the WHO is recommending the broad use of the world’s first malaria vaccine. This long-awaited malaria vaccine is a breakthrough for science, child health and malaria control. Using this vaccine in addition to existing tools to prevent malaria could save tens of thousands of young lives each year.”

The vaccine is now expected to get the nod from WHO itself and funding for millions of doses will then be considered by Gavi, the Vaccine Alliance, which ensures low-income countries have access to life-saving jabs.

Meanwhile, Gavi along with global health agency Unitaid and the Global Fund to Fight AIDS, Tuberculosis and Malaria have welcomed WHO’s recommendation, adding that it “marks an historic achievement in our fight against malaria”.

The decision by the Strategic Advisory Group of Experts on Immunisation (SAGE) and the Malaria Policy Advisory Group to back widespread deployment follows a pilot rollout in Ghana, Kenya and Malawi.

More than 800,000 children in the three countries have been given at least one dose of the vaccine since 2019 as part of the normal childhood immunisation programme

Dr Matshidiso Moeti, WHO’s regional director for Africa, said: “Today’s recommendation offers a glimmer of hope for the continent. We expect many more African children will be protected from malaria and grow into healthy and productive adults.”

The real-world test of the jab showed it prevented 30 per cent of severe cases of malaria even in areas with high uptake of other measures, such as bed nets impregnated with insecticide.

Mosquirix acts against Plasmodium falciparum, which is carried by the Anopheles mosquito and is the deadliest of all the malaria parasites.