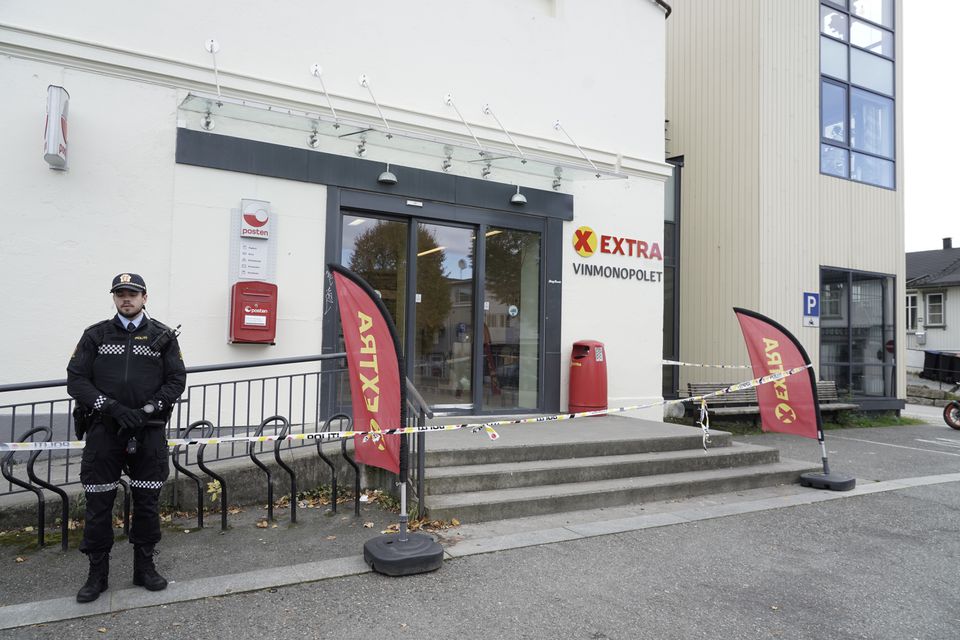 A police officer stands outside a Coop store after a deadly attack in Kongsberg, Norway, October 14, 2021. NTB/Terje Pedersen via REUTERS

A bow-and-arrow attack in which a Danish man is suspected of killing five people in a Norwegian town appears to have been an "act of terror", police said on Thursday.

Investigators named the suspect as Espen Andersen Braathen, a 37-year-old living in the Kongsberg municipality where the attacks took place on Wednesday evening.

A police attorney told Reuters that Braathen had acknowledged killing the victims. His lawyer confirmed only that Braathen was cooperating with police and giving a detailed statement.

Flags flew at half-mast across Kongsberg after the deaths of four women and a man, all aged between 50 and 70. Three others, including an off- duty police officer, were wounded.

"The events at Kongsberg appear at the moment to be an act of terror," the PST security police said in a statement, adding the investigation would determine the motive.

The head of Norway's PST security police, Hans Sverre Sjoevold, said Braathen had a history of being "in and out" of health institutions.

Determining whether the attack was an act of terrorism or the result of a psychiatric issue "will be a vital, important part of the investigation", he told Reuters.

The method of the attack, said Sjoevold, was similar to many politically motivated attacks carried out in Europe in recent years.

"The use of knives, public places... The police are not present, so they can carry out the ... attack. That's quite typical for these operandi," he told Reuters.