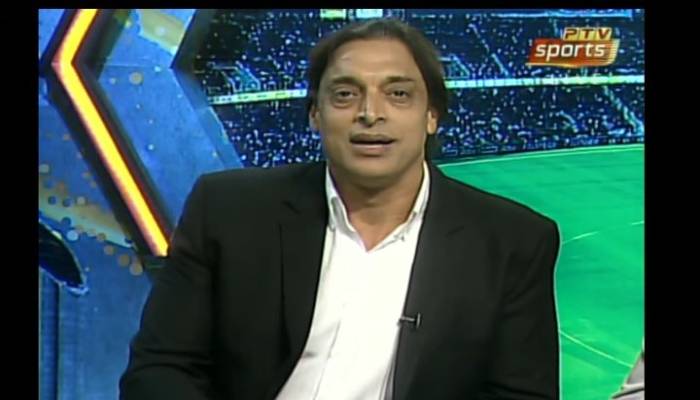 Former fast bowler Shoaib Akhtar quit his TV punditry job on-air on Tuesday following a heated exchange with the host of the show while analysing Pakistan's victory over New Zealand at the Twenty20 World Cup.

Host Nauman Niaz took issue with Akhtar's comments and said: "You're being a little rude and I don't want to say this, but if you're being over smart, you can go. I am saying this on air."

Akhtar, who was on the show alongside former players David Gower and Viv Richards, said he could not continue.

Multiple clips are circulating on social media so I thought I shud clarify. pic.twitter.com/ob8cnbvf90

"A lot of apologies guys, a lot of apologies," Akhtar said before storming off the set. "I am resigning from PTV. The way I have been treated on national TV, I don't think I should be sitting here right now."

Akhtar later posted a video on Twitter, saying the "obnoxious" Niaz insulted him on live television.