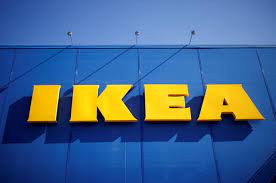 The company's logo is seen outside of an IKEA Group store in Saint-Herblain near Nantes, France, March 22, 2021. REUTERS/Stephane Mahe

IKEA, the world’s biggest furniture brand, has agreed to buy the iconic former flagship store of British fashion chain Topshop in London’s Oxford Circus from the administrators of bankrupt owner Arcadia Group, part of its push to open inner-city outlets.

Krister Mattson, head of the investment arm of Ingka Group which owns most IKEA stores, told Reuters that three floors of the building would be turned into an IKEA store due to open in the summer or autumn of 2023.