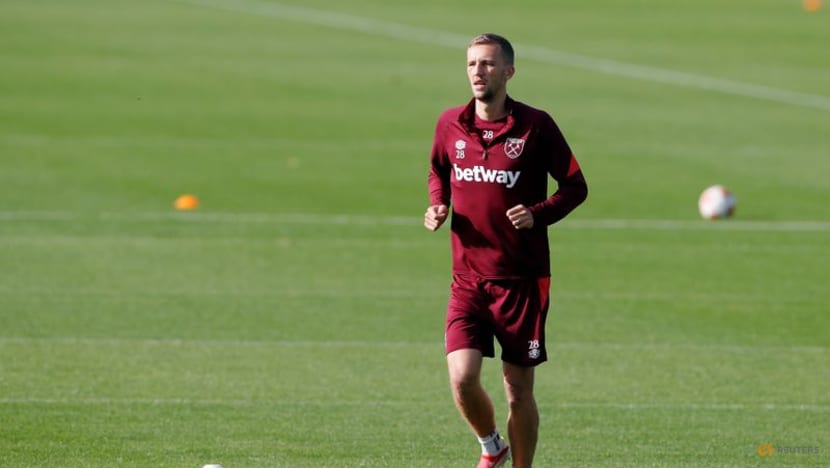 LONDON: West Ham United dropped points for the first time in this season’s Europa League as a late own goal by Tomas Soucek in a 2-2 draw at Genk denied them a fourth successive win in Group H last night.

It looked as though Said Benrahma’s second-half brace had secured the Hammers a last-16 spot with two games remaining but Soucek’s attempted clearing header flew past Alphonse Areola in the 87th minute.

Olympique Lyonnais did guarantee a place in the last 16 as they beat Sparta Prague 3-0 to maintain their 100 per cent record in Group A. Islam Slimani struck twice for the French club who are now the only team in the competition yet to drop points.

This season’s Europa League has been revamped with the eight group winners moving through automatically to the last 16 while the eight runners-up will go into a playoff round with the teams finishing third in their Champions League groups.

West Ham have been enjoying a remarkable campaign under David Moyes but his 1,000th game as a manager did not start well as Genk took the lead in the fourth minute when Joseph Paintsil slotted home at the far post.

The visitors, fourth in the Premier League, were off the pace in the first half but were far better in the second and Benrahma equalised with a clinical finish from a pass cut back across the area by Vladimir Coufal.

Algerian Benrahma then produced a superb solo effort in the 82nd minute, jinking through the Genk defence before poking a shot into the net.

Genk were handed a reprieve, however, when Soucek’s diving clearance skimmed off his head and the ball flew into his own goal.

Napoli moved top of Group C with a 4-1 victory away to Legia Warsaw having fallen behind after 10 minutes.

Eintracht Frankfurt look favourites to reach the last 16 in Group D after a 2-1 victory at Olympiakos courtesy of a stoppage-time goal by Jens Petter Hauge. The German club are four points clear of the Greek side.

Monaco top Group B with eight points after a 0-0 draw at home to PSV Eindhoven while Galatasaray lead Group E after a 1-1 home draw with Lokomotiv Moscow.