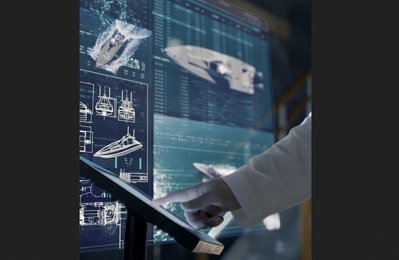 Strategic Development Fund (SDF), the investment arm of Tawazun Holding - has acquired a further 20% in company shares in Marakeb Technologies, increasing their stake to 50% in the locally founded company.

In 2019, with a commitment to the development of the defence and security industry in the UAE and to the country’s GDP, SDF announced a 30% investment in Marakeb Technologies as it saw potential in their patented autonomous systems and capabilities, reported state news agency WAM.

Marakeb Technologies and SDF will present together at Tawazun’s stand at the Dubai Airshow, from 14th until 18th November 2021.

"Our further investment in Marakeb hopes to see additional improvement on several fronts, such as greater manufacturing and R&D capabilities, a wider market reach and network, and reiterating our support for Emiratisation by acquiring local talent." said Abdullah Nasser Al Jaabari, Managing Director and Chief Executive Officer of the Strategic Development Fund.

He added that the technology owned by Al Marakeb was one of the main reasons for the fund’s decision to increase its investment.

SDF pins high hopes on Marakeb Technologies as an emerging and fast growing Emirati firm, offering products based on advanced technologies that would contribute to the achievement of the fund’s goals and objectives and to the UAE’s strategic technology sectors.

"On joining forces with SDF, the extended support and funding thrusted our research abilities and performance, and consequently the development of our autonomous system from maritime applications to become a platform agnostic system that has been applied to several aerial, ground and maritime ventures in the Middle East and Europe," said Basel Shuhaiber, CEO at Marakeb Technologies.

Marakeb Technologies first debuted their autonomous capabilities in 2014, presenting an Unmanned Surface Vessel [USV]. It has since developed and patented their modular autonomous conversion device, the MAP Pro, for integration onto any maritime vessel.

On recognition of its potential to develop a technology that is capable of contending on a global scale, and with its competitive edge of cost-effective solutions and customisable applications, SDF acquired shares in the company, which in turn yielded a series of successes.