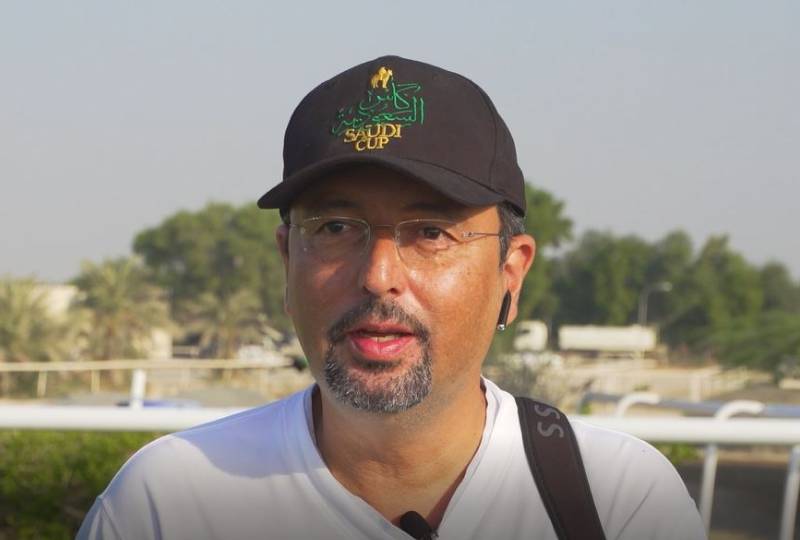 This year, the local trainer has three exciting contenders as he bids to repel the challenge of some top European challengers.

Having been bought from Ireland, Simsir won last year’s race under a canny front running ride from Lee Newman on his first start in Bahrain. Emperor Of The Sun follows a similar path having recently been bought from Donnacha O’Brien’s yard, and the son of Galileo will also being ridden by Newman.

Fawzi Nass made no secret of his plan for Newman to ride Emperor Of The Sun in a similarly positive way to Simsir, given his proven stamina.

Nass said: “We’ve only had Emperor Of The Sun for a few days. After he left Donnacha O’Brien, he went to John O’Donoghue at the Curragh. He did his biggest piece of work a couple of days before he got on the flight to Bahrain. We know he stays all day; this is the absolute minimum trip he would manage. He’s a galloping type. Lee (Newman) rode him for the first time on Tuesday morning and his feedback was good. He feels and moves well, and Lee will obviously hope to do the same as last year.”

Nass’ second runner is the ex-Mark Johnston colt Naamoos. The son of Wootton Basset won three of his first four career starts but lost his way after finishing behind Poetic Flare in the Group One St James’s Palace Stakes in June. Since his last run in August, he has been gelded. He will be ridden on Friday by David Egan.

Fawzi Nass said: “Naamoos is a nice horse. He showed a lot of promise early in the season with Mark Johnston. He was struck into in his last win when I think he was rated 110. His rating has fallen since then to 104, so I think something was probably bothering him, but he seems to be feeling very well and fresh now. He’s been here around six weeks, so he has adapted to the conditions.”

Nass continued: “John (Egan) has been riding him in the morning, so if anything goes wrong, he can blame his father and not the trainer!”

Qaader is another former Mark Johnston-trained horse who arrived in Bahrain six weeks ago. A winner at Goodwood’s main summer Festival in July, Qaader will be ridden on Friday by Adrie de Vries.

On Qaader, Nass said: “He’s not a big horse, but he’s light on his feet and has a big stride and action on him. He’s been with me for six weeks, the same as Naamoos. His preparation has been good, and he’s adapted to the track. Him and Naamoos have had one workout on the turf, and they seem to go on it fine. Qaader did his big piece of work a couple of days ago and we’re trying to keep him and his legs fresh. He enjoys swimming and he enjoys the water treadmill.”

Distributed in the following order:

• There will be a maximum field size of 14 runners.

• Final declaration will be done on Sunday 14th November, 11am The Kingdom of Bahrain time.

• Post-Position Draw to take place on Wednesday 17th November 2021 in The Kingdom of Bahrain.

When asked who he fears most from the European horses, Fawzi Nass believes that Godolphin are strongly represented.