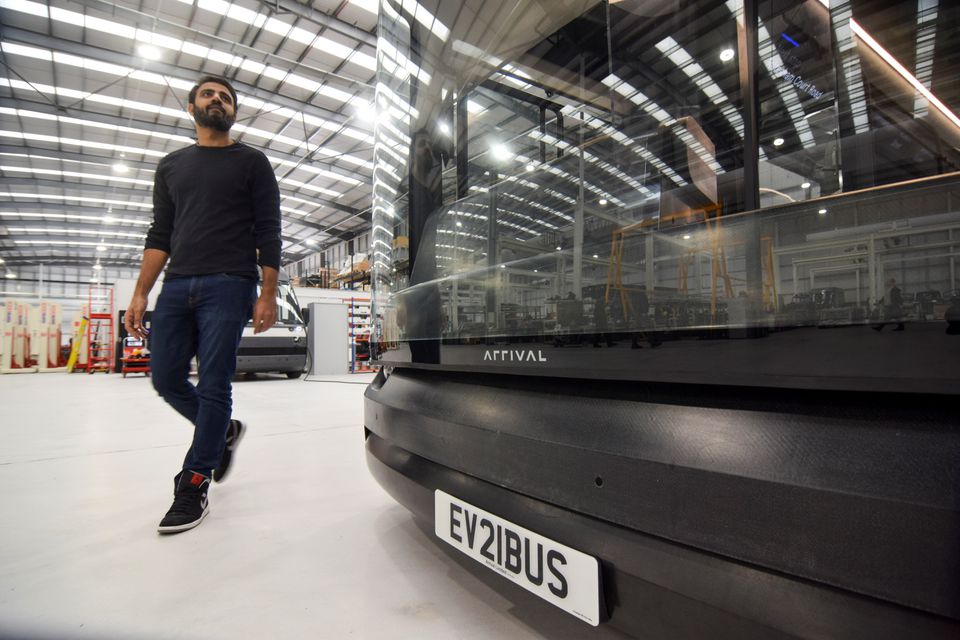 British electric van and bus maker Arrival on Thursday unveiled a new prototype of an electric bus that it hopes to begin producing next year to sell at around the price of a conventional diesel bus.

The pre-production bus will start running on roads within the next few weeks, and series production is due to begin at a plant in the US state of South Carolina in the second quarter.

In a tour of the bus for Reuters, company president Avinash Rugoobur highlighted the fact that, because the batteries are in the floor - some electric buses place them in the ceiling - the bus has a skylight running the vehicle's length. The bus is also low to the ground for easy passenger access.

The company uses lightweight but durable plastic composite body panels rather than steel or aluminium to lower production costs.

Arrival's system monitors every vehicle component in real time and can upgrade the software associated with any of them wirelessly, Rugoobur said.

"Knowing and understanding how the vehicle is running in real time and being able to optimise that further reduces your fleet costs," he said. "All of this in a bus that is cheaper than any other electric bus out there and competitive with diesel."

Depending on the market, electric buses can cost up to 50% more than a diesel equivalent.

Arrival's earlier prototype buses have already been undergoing trials with First Bus (FGP.L), one of the UK's largest bus operators.

Arrival says around 12% of the 64,000 vehicles it currently has non-binding orders or letters of intent for are buses. Its South Carolina plant should have annual production capacity of 10,000 units and executives say they will announce more plants soon.

The electric bus market is heating up as countries, states and cities push towards zero-emission transport.

The US Congress has just approved $1 trillion in infrastructure spending that includes $5.25 billion for electric buses through 2026, dwarfing the $130 million the government spent on electric transit bus programs in 2020.

Mike Ableson, head of Arrival's North American operations, said that funding will help make electric buses more affordable for cash-strapped local authorities - but that the company's goal of producing a zero-emission bus for the same price as a diesel bus will change that equation anyway.