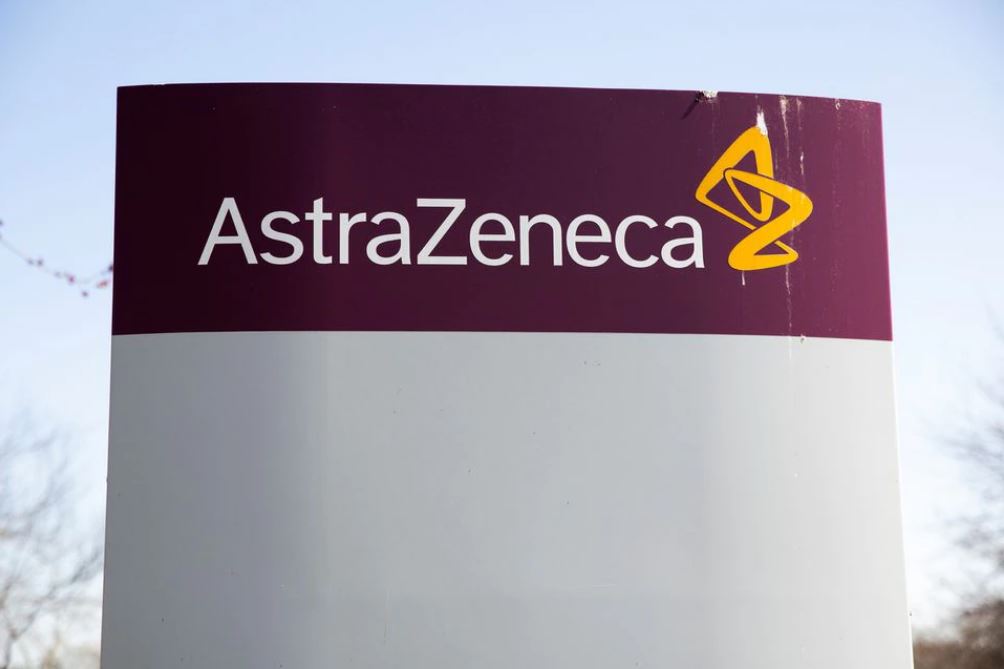 The logo for AstraZeneca is seen outside its North America headquarters in Wilmington, Delaware, US. (Reuters Photo)

AstraZeneca (AZN.L) on Thursday cemented its lead in bringing a preventative Covid-19 shot for the non-infected to market for people who do not respond well to vaccines, saying its antibody drug cocktail offered 83% protection over six months.

The therapy, called AZD7442 or Evusheld, had previously been shown to confer 77% protection against symptomatic illness after three months, in an earlier readout of the late-stage PROVENT trial in August.

The Anglo-Swedish company also said a separate study in patients with mild-to-moderate Covid-19 showed a higher dose of AZD7442 cut the risk of symptoms worsening by 88% when given within three days of first symptoms.

The treatment is given in one go, as two sequential shots in the arm.

The latest results from the longer-term follow-ups potentially position AstraZeneca, like rival Pfizer (PFE.N) as a future supplier of both Covid-19 vaccines and treatments, with AstraZeneca having said the therapy's "real advantage" was as a preventative shot.

Pfizer has presented promising efficacy data on its oral Covid-19 treatment candidate, which can be more easily distributed than injections, and is also a leading vaccine supplier with partner BioNTech (22UAy.DE).

"These new data add to the growing body of evidence supporting AZD7442's potential ... We are progressing regulatory filings around the world and look forward to providing an important new option against SARS-CoV-2 as quickly as possible," AstraZeneca Executive Vice President Mene Pangalos said in a statement, referring to the coronavirus that causes Covid-19.

The group last month sought approval for the medicine from US and European authorities. Monoclonal antibodies from Regeneron, Lilly and GSK-Vir have been approved by US regulators for treating unhospitalised Covid-19 patients.

For AstraZeneca's PROVENT trial, close to 5,200 participants without an infection were randomly split into two groups, with one volunteer receiving an ineffective placebo without knowing for every two receiving Evusheld.

Participants were at risk of suffering severe Covid-19 if infected or were immunocompromised, meaning they were in cancer care, or receiving drugs due to an autoimmune disease or an organ transplant.

The trial volunteers were not vaccinated, even though high-risk groups have been prioritised in global vaccination campaigns. Anyone opting to get vaccinated during the trial was excluded from the analysis.

AstraZeneca has said the shot is primarily meant to help immunocompromised and at-risk individuals but at some point a wider group could benefit, such as military personnel on tours of duty or cruise ship passengers.

It added that about 2% of the global population was considered to inadequately respond to a Covid-19 vaccine.

Trial volunteers will be followed up for 15 months to provide evidence of longer-lasting protection.

Evusheld belongs to a drug category that is based on monoclonal antibodies which are lab-made proteins that mimic the body's natural defences. They are based on antibodies that the human body produces in response to infection or vaccination.