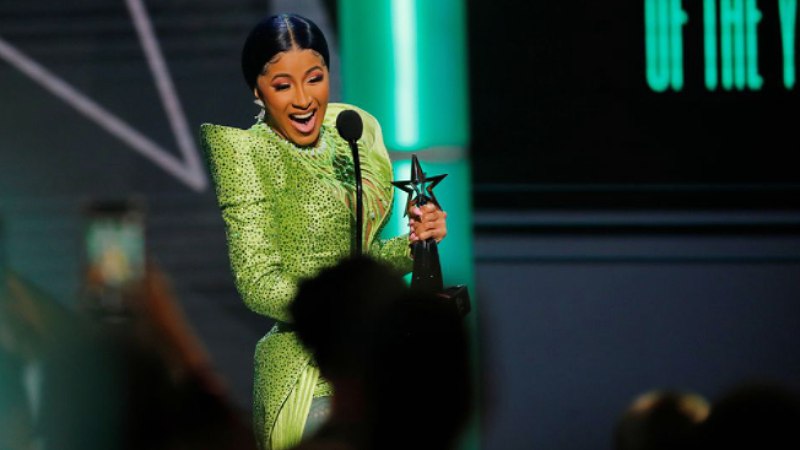 Rapper Cardi B said she is scared but excited about hosting for her first time when she presides over the American Music Awards on Sunday.

The Bronx native said she knew the job would be a lot of work, but said she wanted to check it off her bucket list.

The eccentric rapper who appears on Wilde Side alongside Ex Fifth Harmony member Normani says that her biggest worry now is that the audience won't get her humor.

"My biggest fear is people not laughing at my jokes. That's my fear," she said. "It's going to be scary, but it's going to be fun."
In addition to jokes, she plans to create fashion moments during the show. At this point, she is planning for seven to eight outfit changes.

In September, Cardi B and her husband, rapper Offset, welcomed a second child. She said she's still busy with work, but has clear goals.

The American Music Awards will air on the ABC television network on Sunday.