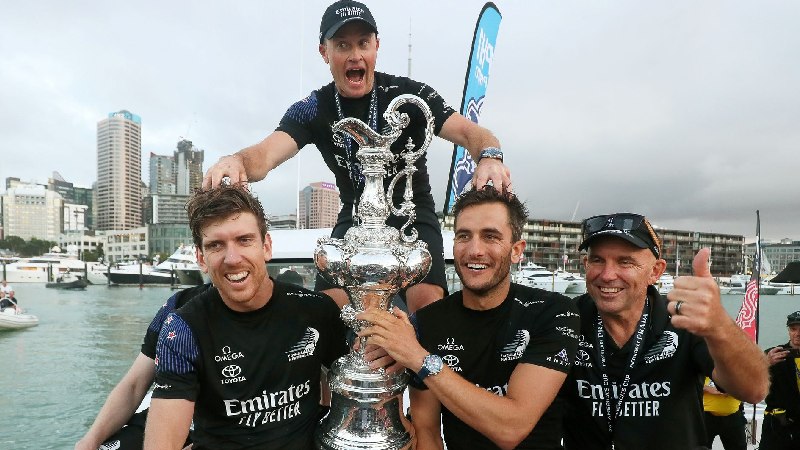 Their "protocol", published eight months after Emirates Team New Zealand successfully defended sailing's prized "Auld Mug" in Auckland, lays out the foundations and rules of participation for an event aiming to attract more challengers and fans.

"Its a really bold, progressive protocol. There is a lot that is in there that is pushing the sort of change that is required in the Cup and the sport," INEOS Britannia CEO and Team Principal Ben Ainslie told Reuters on Tuesday.

And an update to the rules means that teams will be able to use "cyclors", who pedal to provide power for the boat's systems, an innovation used successfully by New Zealand when they beat Oracle Team USA to win the cup in 2017.

"I thought it was bloody cool in Bermuda and want to give teams the option to bring it back," Emirates Team New Zealand CEO Grant Dalton said during a video briefing with reporters.

Dalton said that with its close ties to cycling team INEOS Grenadiers, Ainslie's outfit was likely to benefit from both technical know-how and athlete training and selection.

A key detail missing from the protocol is where the next contest for the oldest trophy in international sport will be held, as the New Zealand team continue to negotiate a deal, with an announcement now promised on or before March 31, 2022.

Ainslie said in a telephone interview that Jeddah in Saudi Arabia, Cork in Ireland and Auckland were "still on the table", but Dalton later declined to say who was in the running to host the event in 2024 other than the New Zealand city.

"We've really tried to bring costs down and make it easier for teams to enter," Ainslie said, adding that by sticking with the AC75 "foiling" monohull used for the 36th America's Cup they had provided much-needed continuity for long-term investment.

But mounting an America's Cup challenge will not come cheap even with the changes, which include only building one new AC75 boat, cutting the number of crew from 11 to eight and introducing shared "reconnaissance", with Dalton estimating "a good team" could put an entry together for $60 million.

"It's still the America's Cup and it's not for everybody".

Among other innovations included are a first event for women in a new smaller AC40 version of the high-speed yachts, which lift out of the water on hydrofoils, and the re-introduction of a regatta for under-25s aimed at nurturing new talent.

To make the event more sustainable, all teams will have to build and operate two hydrogen powered foiling "chase boats".