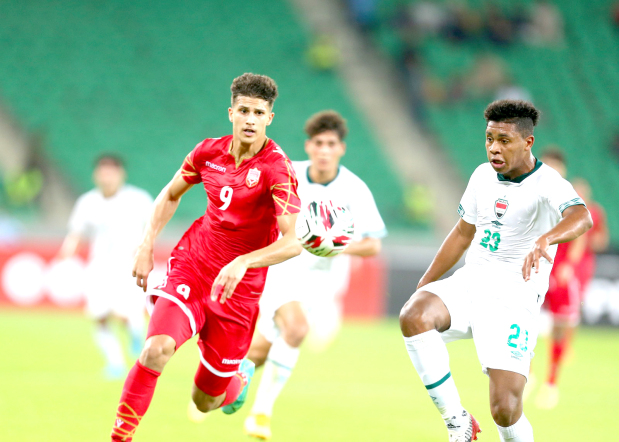 Bahrain and Iraq players vie for the ball

Bahrain went down 4-0 to hosts Iraq yesterday in their second Group 1 match of the West Asian Championship.

The match, played at the Basra International Stadium, started uneventfully with both teams adopting a cautious approach. Alaa Fadel broke the deadlock with the hosts’ first goal in the 38th minute and they extended the lead four minutes later through Hussain Obaid as the first half ended 2-0.

Iraq continued their dominance in the second half as Abdul Qader Jamil scored their third goal in the 57th minute and Abdul Razzaq Kazem wrapped up victory with the fourth goal in the 74th minute.

Bahrain will play their third match of the championship against Kuwait tomorrow.

Iraq lead the group with six points from two matches while Bahrain have three points after their 2-1 victory over Palestine in the opener.