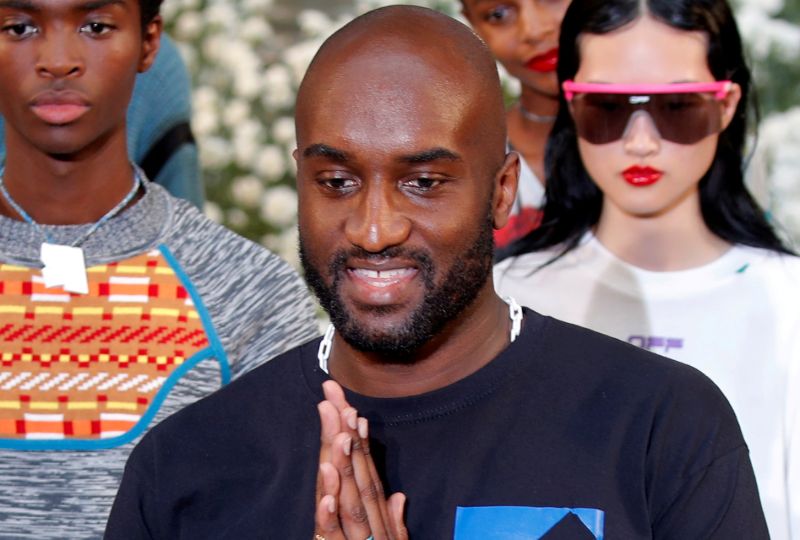 Designer Virgil Abloh appears at the end of his Spring/Summer 2020 collection show for his label Off-White during Men's Fashion Week in Paris, France, June 19, 2019. (Reuters Photo)

Louis Vuitton honored Virgil Abloh with a catwalk presentation of the designer’s last fashion collection in Miami on Tuesday, just days after his sudden death prompted an outpouring of tributes on social media from a broad spectrum of fans.

Models carried blue and pink lockbox purses, as well as gray duffle bags for men. Some were clad in Vuitton jerseys, while others wore black top hats, bright red jumpsuits and blue suits for men.

As the show began, roughly 16,000 viewers tuned in to watch on YouTube.

Abloh, the American-born son of Ghanaian immigrants and the fashion industry’s highest-profile black designer, died Sunday at age 41 following a private battle with cancer. The brand, which is owned by LVMH Moet Hennessy Louis Vuitton, decided to move ahead with a catwalk show that had been in the works, transforming it into a tribute to Abloh.

Since Sunday, celebrities including supermodels Bella Hadid and Naomi Campbell have posted condolences and tributes on social media. Rapper Kanye West payed tribute to his friend and colleague during his weekly Sunday Service gospel music performance.

Abloh was the creative director for West's creative agency, Donda, and had previously designed album covers for the rapper.

Kendall Reynolds, chief executive of Kendall Miles Designs, based in Chicago, said in an interview before the show that Abloh inspired her to start a luxury brand of Italian handcrafted products.

“His indelible mark on the disruption of traditional European fashion houses will be a legacy that all young designers, like myself, can learn from,” Reynolds said.