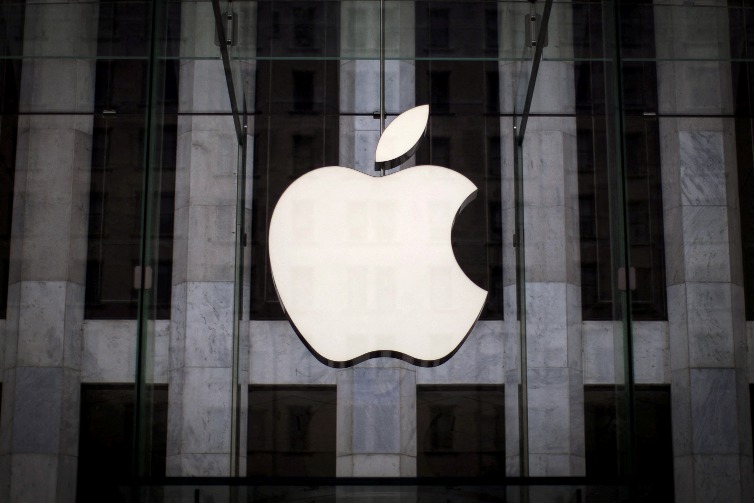 An Apple logo hangs above the entrance to the Apple store on 5th Avenue in the Manhattan borough of New York City, July 21, 2015. REUTERS/Mike Segar/File Photo

NEW YORK: Apple yesterday became the first US company to hit $3 trillion in market capitalisation, thanks to investor confidence that the iPhone maker will keep launching best-selling products as it explores new markets such as automated cars and metaverse.

The world’s most valuable company is the first to reach the milestone as investors bet that consumers will continue to shell out top dollar for iPhones, MacBooks and services such as Apple TV and Apple Music.

“The linchpin to Apple’s valuation re-rating remains its Services business which we believe is worth $1.5trn in the eyes of the Street,” Wedbush Securities analyst Daniel Ives said.

“Being the first company to join the $3trn club is a ‘flex-the-muscles moment’ for (CEO Tim) Cook and Company.”

Apple shared the $2trn market value club with Microsoft Corporation which is now worth about $2.53trn. Alphabet and Amazon.com have market values above $1trn.

The rapid embrace of technologies such as 5G, AR/VR and artificial intelligence has also helped these stocks become market darlings as investors moved towards cash-rich companies and away from businesses that have been more sensitive to economic growth.

Apple’s quick adoption of 5G, a technology that has broad implications in the future, provided a big boost. It recently launched iPhone 13 in its second wave of phones with 5G technology.

In China, one of Apple’s biggest markets, it continued to lead the smartphone market for the second straight month, beating rivals such as Vivo and Xiaomi, recent data from CounterPoint Research showed.

Apple’s stock touched a record high of $182.88, which multiplied with its 16.4 billion outstanding shares helped the iPhone maker breach the $3trn mark in market capitalisation. The shares were last up 2.5 per cent at $182.09.

Meanwhile, the broader market was set to extend a recovery from the pandemic shock, led by Tesla and followed by Apple and Nvidia.