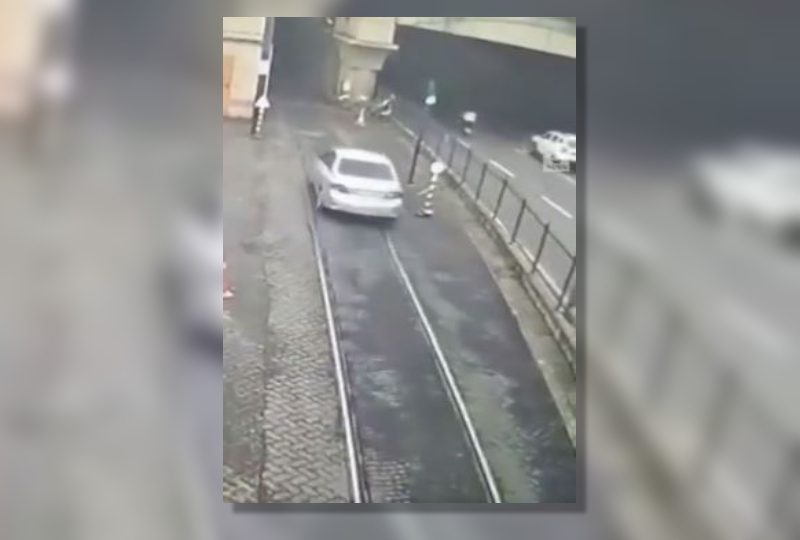 Surveillance footage shows a puzzled driver accidentally ending up on tramway tracks in Istanbul after missing a turn on the main road, leaving passengers on the platform stunned.

Passengers waiting for a tram in Istanbul were very surprised after a confused driver ended up on the tracks. Authorities had to help remove the vehicle from the tracks. No injuries reported.#HereWeGo #istanbul pic.twitter.com/uu0bscZP8O

The incident took place on Thursday (December 30) in the city's Fatih district.

Passengers waiting at Topkapi station seemed shocked to see a car driving past them and some even leaned forward to see where the vehicle was headed.

Local reports said onlookers called the fire brigade and police to help remove the vehicle, which got stuck on the tracks.