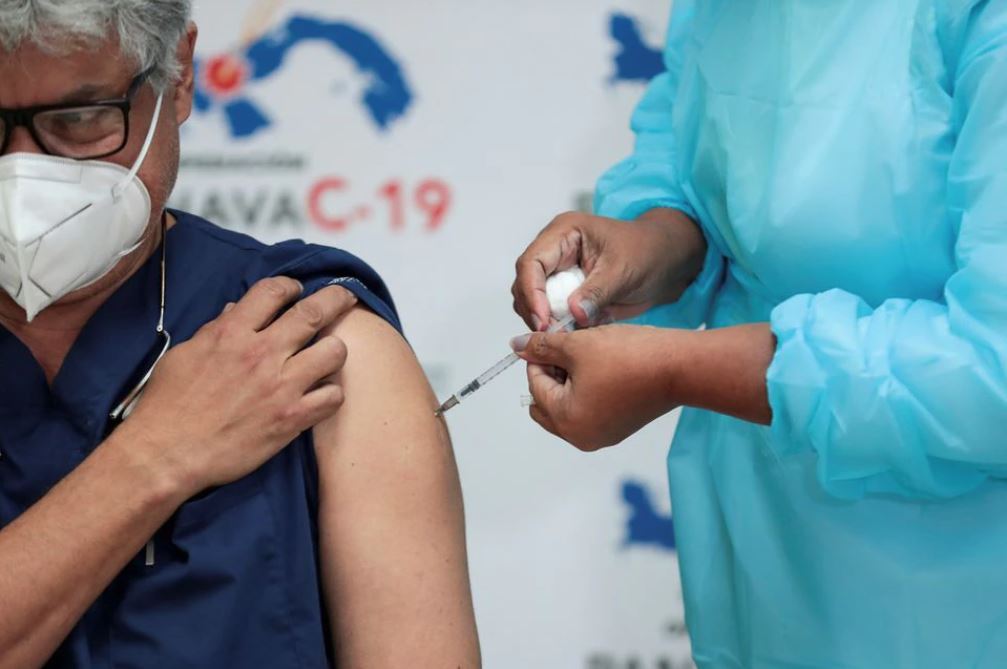 "A week into the fourth dose, we know to a higher degree of certainty that the fourth dose is safe," Bennett said at Sheba Medical Centre, which is giving second booster shots in a trial among its staff amid a nationwide surge in Omicron variant infections.

"The second piece of news: We know that a week after administration of a fourth dose, we see a five-fold increase in the number of antibodies in the vaccinated person," he told reporters.

"This most likely means a significant increase against infection and ... hospitalisation and (severe) symptoms," Bennett said in English.

Israel has played a leading role in studying the effects of Covid-19 vaccines, as the fastest country to roll out two-dose inoculations to a wide population a year ago and one of the first to give third shots as boosters.

It is now administering fourth doses to people over 60, health workers and immunocompromised patients.

Launched on Dec. 27, the Sheba trial administered a fourth dose of the Pfizer/BioNTech  vaccine to 150 medical personnel whose level of antibodies had dropped greatly since they received their third doses four to five months ago.

A separate group is set to receive Moderna's vaccine for their fourth dose this week, Sheba said.

The mild side effects some participants have so far reported have not differed from those reported following a third dose. They include pain, fever and headaches, the hospital said.

Since the heavily mutated Omicron variant was first detected in November, WHO data shows it has spread quickly and emerged in at least 128 countries. Case numbers have surged to all-time records, but hospitalisation and death rates are largely lower than at other phases in the pandemic.

In Israel, daily infections have increased by more than 10 times over the past month. Severe illness has also climbed but at a far slower pace, according to Health Ministry data.

Around 60% of the country's 9.4 million population are fully vaccinated.

Some research has indicated that even if Omicron escapes antibodies, a key part of the immune system's second line of defence - its T-cells - are still highly effective at recognising and attacking the variant, preventing most infections from progressing to critical illness.