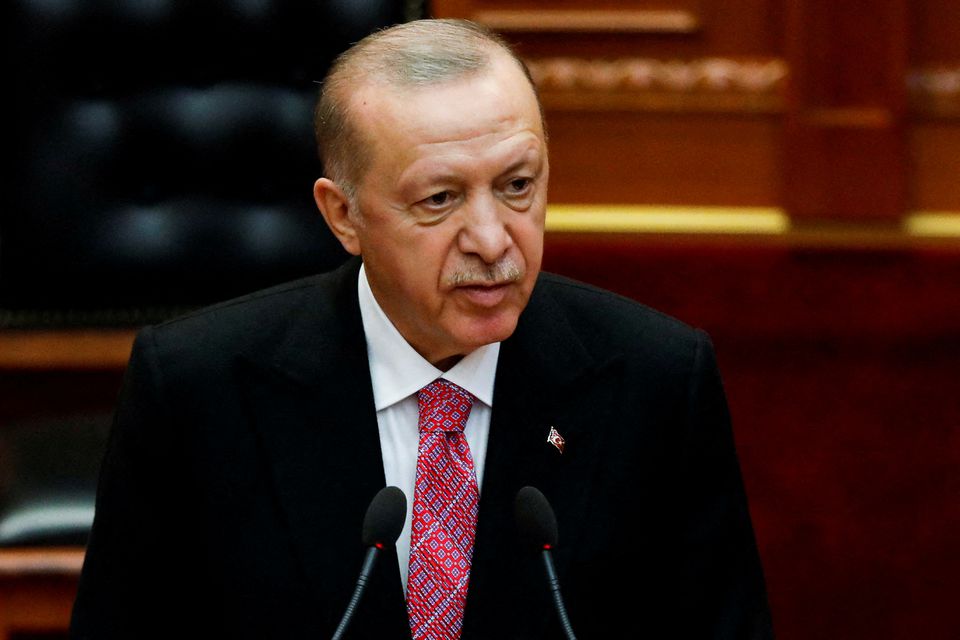 A Turkish court on Saturday ordered well-known journalist Sedef Kabas to be jailed pending trial on a charge of insulting President Tayyip Erdogan, CNN Turk said, targeting her with a law under which tens of thousands have been prosecuted.

Police detained Kabas at around 2 a.m. (2300 GMT) and took her first to Istanbul's main police station before transferring her to the city's main courthouse, where a court subsequently ruled in favour of her formal arrest, the broadcaster said.

The alleged insult was in the form of a palace-related proverb that Kabas expressed both on an opposition television channel and on her Twitter account, drawing condemnation from government officials.

"The honour of the presidency's office is the honour of our country... I condemn the vulgar insults made against our president and his office," Fahrettin Altun, head of Turkey's Communications Directorate, wrote on Twitter.

Merdan Yanardag, chief editor of the Tele 1 channel on which Kabas made the comment, sharply criticised her arrest.

"Her detention overnight at 2 a.m. because of a proverb is unacceptable," he wrote on Twitter. "This stance is an attempt to intimidate journalists, the media and society."

The law on insulting the president carries a jail sentence of between one and four years.

Last October, Europe's top human rights court called on Turkey to change the legislation after ruling that a man's detention under the law violated his freedom of expression. read more

Thousands have been charged and sentenced over the crime of insulting Erdogan in the seven years since he moved from being prime minister to president.

In 2020, 31,297 investigation were launched in relation to the charge, 7,790 cases were filed and 3,325 resulted in convictions, according to Justice Ministry data. Those numbers were slightly lower than the previous year.

Since 2014, the year Erdogan became president, 160,169 investigations were launched over insulting the president, 35,507 cases were filed and there were 12,881 convictions.