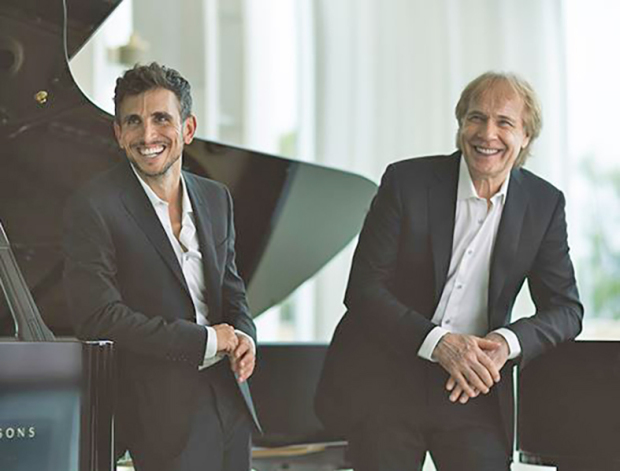 AN enchanting concert will bring two of the world’s most celebrated pianists to Bahrain this evening.

Manama Mon Amour will feature pianists Richard Clayderman and Zade Dirani, who will be accompanied by the Bahrain Music Band at the National Theatre in Muharraq.

The event will feature popular instrumentals such as Ballade Pour Adeline, Mariage d’Amour, Zaina, and Haya, in addition to modern interpretations of Arabic hits by Abdel Halim Hafez, Dalida and Majida El Roumi.

The event begins at 8pm and tickets can be purchased online and directly at Virgin Megastore.

Mohammed Bin Faris Band will entertain music lovers yet again this weekend with their lyrical voyage. Audiences will be given a peek into a pearling diver’s life through festive melodies, working songs and farewell ballads.

The final performance will take place this evening at 8pm and the free event will be held at the Mohammed Bin Faris Music Hall in Muharraq.

The Sound and Light Show will continue this weekend for its final two showcases at Qal’at Al Bahrain. Highlighting the story and rich heritage of the kingdom, the event will take attendees through a guided journey today and tomorrow at 6pm.

All events are being organised by the Bahrain Authority for Culture and Antiquities as part of its popular Spring of Culture festival.