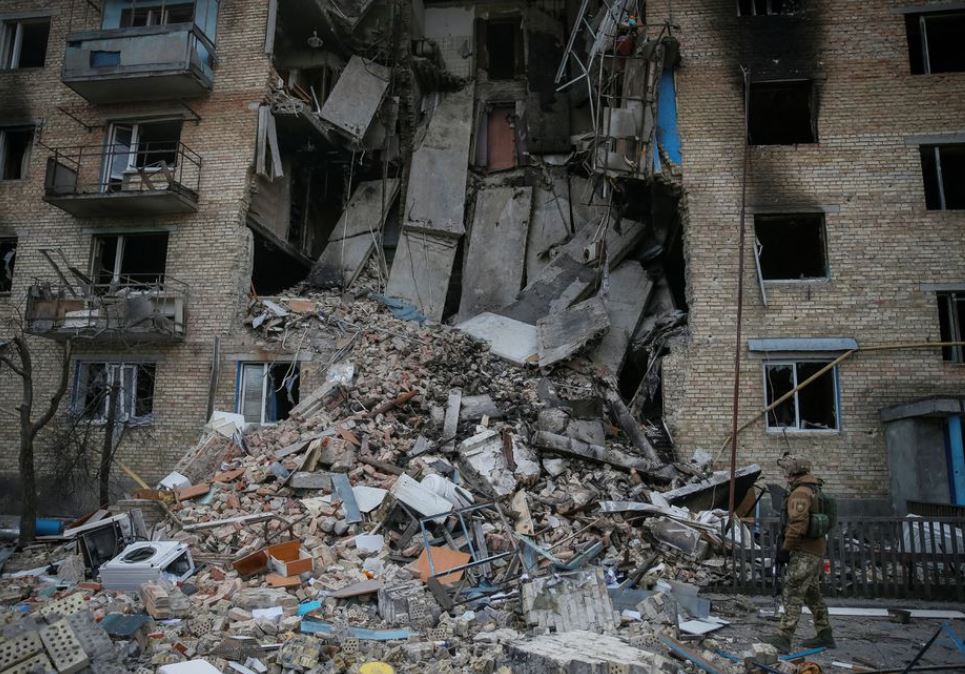 British rock band Pink Floyd released a new song on Friday to raise money for humanitarian relief in Ukraine, featuring the vocals of a Ukrainian singer who quit an international tour to fight for his country and was wounded.

Pink Floyd guitarist David Gilmour said he learned that Khlyvnyuk - with whom he had previously performed - left a US tour with Boombox and returned to Ukraine to join the Territorial Defence Forces.

"Then I saw this incredible video on Instagram, where he stands in a square in Kyiv with this beautiful gold-domed church and sings in the silence of a city with no traffic or background noise because of the war," Gilmour said on Pink Floyd's website.

"It was a powerful moment that made me want to put it to music."

Gilmour said he spoke with Khlyvnyuk while he was in a hospital in Kyiv recovering from a mortar shrapnel injury.

"I played him a little bit of the song down the phone line and he gave me his blessing. We both hope to do something together in person in the future," he said.

Gilmour said he had a Ukrainian daughter-in-law and grandchildren and he was feeling "the fury and the frustration" of the invasion of Ukraine by Russia.

Moscow has said it is engaged in a special operation to degrade Ukraine's military capabilities and root out nationalists.

The track, which samples Khlyvnyuk singing a World War One protest song, also features Nick Mason, a founding member of Pink Floyd, as well as Gilmour and other musicians.