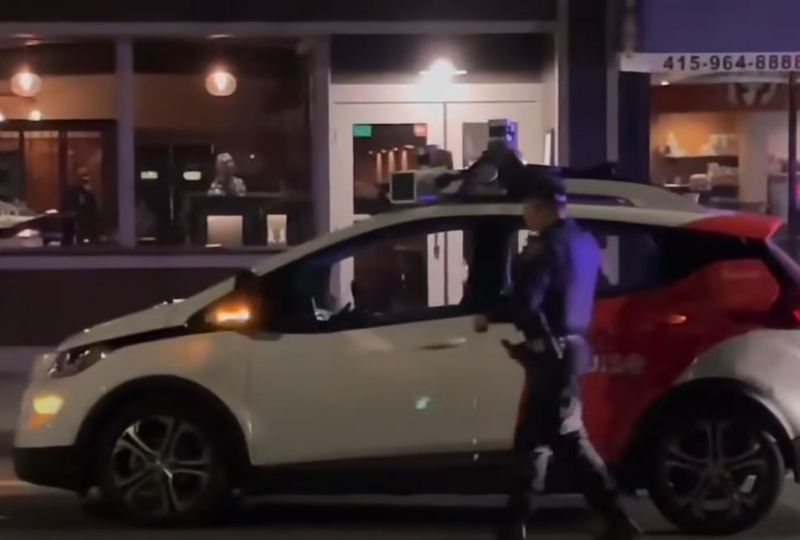 The police pulled over the vehicle for driving without headlights turned on at night.

The officers look visibly confused upon approaching the vehicle and finding no one inside it, according to a hilarious video posted to social media by an onlooker.

The robotaxi initially pulls over ahead of an intersection, but drives off after being approached by the police, only to stop at a safer location.

According to a statement released by Cruise on April 10, the police contacted the proper personnel at Cruise and no citation was issued.

We work closely with the SFPD on how to interact with our vehicles, including a dedicated phone number for them to call in situations like this.