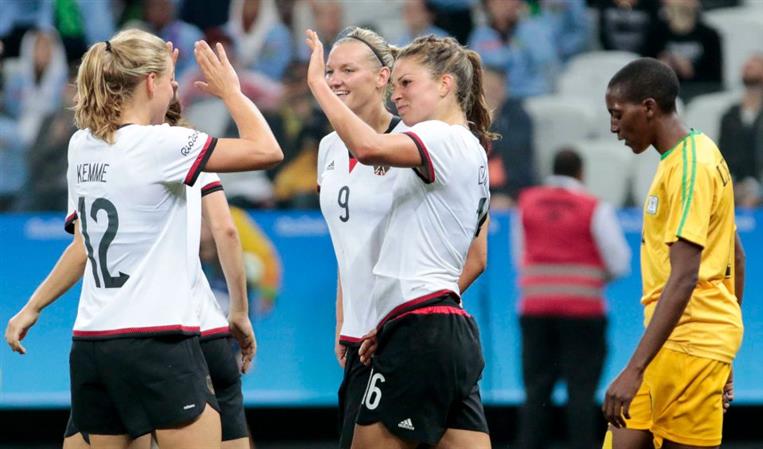 The two-time world champions opened a two-goal lead with Sara Dabritz in the 22nd and Alexandra Popp in the 36th before Kudakwashe Basopo scored for Zimbabwe in the 50th.

The Germans continued to dominate in the second half at the Arena Corinthians in Sao Paulo, with goals from Behringer in the 53rd and 78th minutes. Melanie Leupolz added another in the 83rd before the final score came with an own goal by Eunice Chibanda in the 90th.

On Saturday, Germany plays Australia and Zimbabwe faces Canada. Both matches are in Sao Paulo again.

Zimbabwe is playing in the women' soccer tournament for the first time.