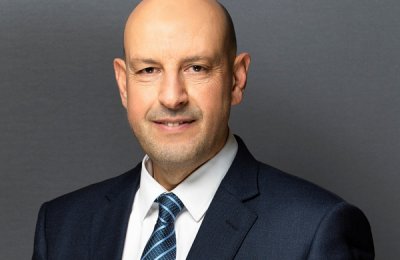 Eng Yasser Zaghloul
The Board of Directors of the National Marine Dredging Company (NMDC) has decided to allow non-UAE national investors to own up to 49% of its capital, as it grows its footprint to new geographies and diversifies to new business verticals.
The decision, effective April 28, 2022, was passed at the company's general assembly meeting and allows non-Emirati investors to buy shares of NMDC, one of the world’s leading Engineering, Procurement, Construction (EPC) and marine dredging groups, which reported outstanding net profit growth of 146% in the first quarter of 2022.
The decision to allow ownership of 49% of the shares in the NMDC will result in increased trading on the company’s shares, increased liquidity, and international flows for the stock, raising its value in global trading indices such as "FTSE Russell" and "MSCI."
Expanding business
Mohamed Thani Alrumaithi, Chairman of The Group, said: “NMDC is working to improve and expand its business in support of the wise leadership's directives to achieve a leading global position for national companies in line with the long-term UAE Centennial 2071 vision aiming at achieving first-place positions globally in various sectors.
He added: “NMDC includes five of the largest integrated companies in the fields of Engineering, Procurement and Construction in Oil & Gas and marine services in the Middle East and North Africa. The Group's strategic diversification will focus on building exceptional capabilities in the energy and marine business sectors during the next stage.”
A positive plan
Eng Yasser Zaghloul, Group CEO, said: “This step is part of the Group's strategy to implement a positive long-term plan that strengthens our business and global leadership in Engineering, Procurement, Construction, marine dredging, and related sectors, as well as traditional and renewable energy industries.”
He added: “We will continue to work to consolidate the Group’s success that was reflected in its first quarter financial performance and the record profits achieved in 2021. The Group has emerged as a global leader in the fields of Engineering, Procurement, Construction, and marine dredging, adding more operational value to all its operations.”
Strong growth
Just recently, NMDC announced that it has recorded robust net profit growth of 146% to AED65.4 million ($18 million) during the first quarter of 2022, compared to the net profit of AED26.6 million during the same period last year. This reflects The Group's success in growing its footprint to new geographies and diversifying to new business verticals.
The Group also achieved record profits in 2021, with net profit of one billion dirhams, doubling at an 8-fold rate, consolidating its global leadership among the first companies in the Engineering, Procurement, Construction, and marine dredging sectors.
In addition, NMDC’s current contract volume exceeded AED40 billion in eight global regions, including Gulf states, the Middle East, Egypt, North Africa, India, the Maldives, Seychelles, and Southeast Asia, as well as the start in Europe, indicating the Group’s strength and durability in the sector’s global market.
NMDC continued its plans for geographical growth, securing unique and strategic projects, while focusing on business diversification as well as mergers and acquisitions that strengthened its profitability and return on investment. The Group’s new strategy is being driven by a focus on resource use efficiency, cost optimisation, supply chain management and increased productivity across all levels.
Upcoming projects
The Group CEO said: “We look forward to acquiring a number of upcoming projects in Southeast Asia, South Asia, and Europe, as well as strengthening our capabilities to support energy transformation and renewable energy plans, especially as the UAE prepares to host the United Nations Framework Convention on Climate Change (COP28) next year in Abu Dhabi.”
He added: “The company is implementing the state's strategy to build a sustainable economy, keep up with changing times, provide job opportunities, qualify national talent, and enhance and support economic growth through our projects aimed at improving economic infrastructure. The acquisitions that the company seeks to make aim to reduce risks, open new markets, and increase shareholder returns.”
The Group develops ports and works on civil projects, refining and petrochemical operations, onshore operations, renewable energy, deep sea, and other related projects. It also operates a modern fleet in the fields of energy and marine dredging, consisting of a group of dredgers supported by additional equipment of tugs, work boats, barges, and survey ships. By the end of 2021, the value of the Group's current assets had increased by 75% to AED12.9 billion, up from AED7.3 billion at the end of 2020.
The Group has expanded its marine contracting operations through the massive expansion of projects for the construction and maintenance of ports, canals, and near-water structures, as well as the enhancement of its specialised marine services through marine services and logistics operations, as well as testing construction and maintenance conditions.-- TradeArabia News Service