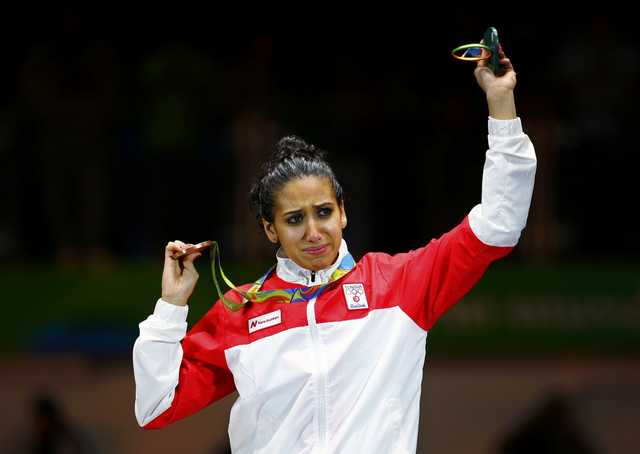 "This medal, it's historic for Tunisia. It's incredible," said the 27-year-old.

"I hope that this will be a message for all Tunisians, especially our youth, all Tunisian women, the Arab woman.

"A message which says that you must believe that women exist and they have their place in society."

Victory was particularly sweet as Boubakri had lost to Shanaeva at the world championships in Moscow last year.