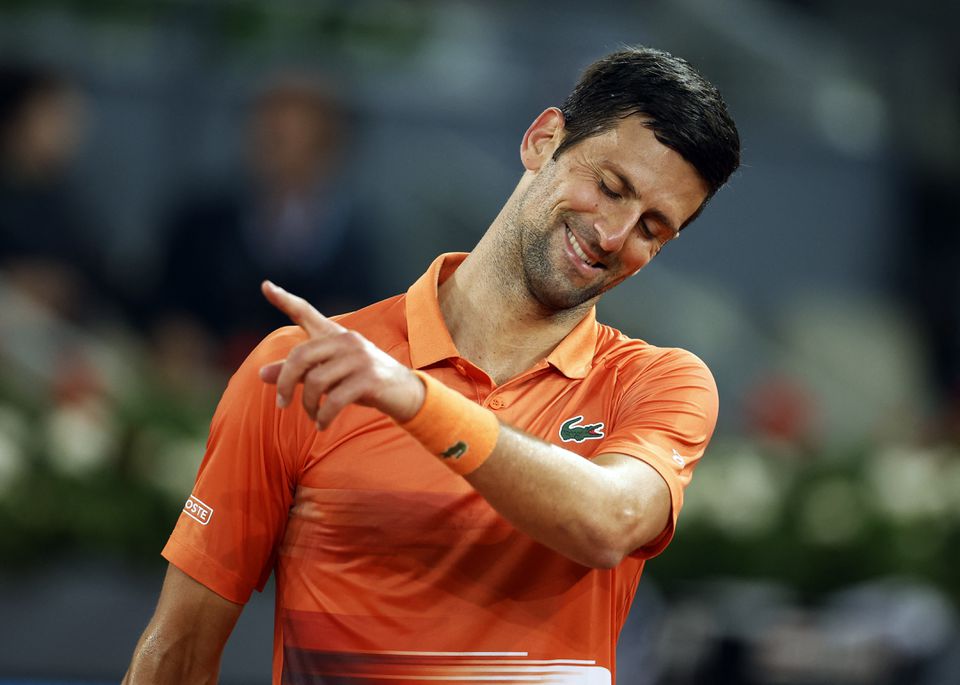 World number one Novak Djokovic began his quest for a fourth Madrid Open title with a 6-3 6-2 victory over Gael Monfils on Tuesday, improving his unbeaten record to 18-0 against the Frenchman.

The result ensures Djokovic remains at the top of the rankings while it earned Monfils the ignominious record of having the worst record against a single opponent without winning in the Open era.

Djokovic first played Monfils at the US Open in 2005 but Tuesday's match was only their second encounter on clay and he needed only one break point to clinch the first set.

Although Monfils fired more winners, he made things easier for the Serbian with several unforced errors as he attempted risky shots that did not pay off.

Monfils did entertain the crowd with a few shots worthy of the highlights reel, including a 'tweener' that had even Djokovic applauding along with the fans.

But the top seed was well in control of proceedings, breaking twice in the second set before serving for the match to advance to the third round where he will meet either Andy Murray or Denis Shapovalov.

Earlier, Andrey Rublev, who won the Serbia Open last month after beating Djokovic in the final, survived an early scare when he fought back from a set down to edge Britain's 20-year-old Jack Draper 2-6 6-4 7-5.

Rublev found himself 3-0 down in the decider but Draper suffered from cramp which allowed the Russian to rally and win the contest to move into the last-16.