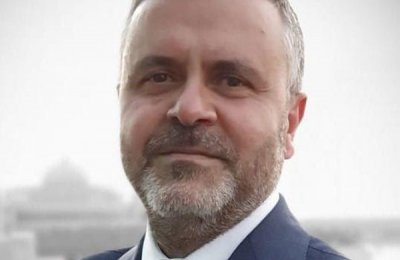 Dr Samer Abdallah
KPMG is looking to find technological disruptors and influencers who are helping to reshape the world and leave a positive impact.
This is following the success of the 2021 KPMG Global Tech Innovator competition edition, which attracted close to 700 competitors from around the world, with first-time applicants from Saudi Arabia.
This year KPMG in Saudi Arabia has returned with another competition, which is being hosted in over 21 countries round the world, to find the most influential and inspiring tech innovator of the year and has invited entrepreneurs and start-ups to apply.
Smart kitchen garden
Last year, the winner of the local competition, Natufia – a smart kitchen garden concept – went on to Lisbon to compete on the global stage. The start-up, which was up against four other tech start-ups in a closely contested competition from BRAQ Aerospace, Juleb Digital Pharma Company, Mawidy and Tarjama who were shortlisted in this inaugural edition.
To be recognised as a leading tech innovator, companies from start-up to accelerated growth stages are invited to pitch their innovations and present their strategic ambitions to panels of local and global industry experts. This is their opportunity to be recognised as one of Saudi Arabia’s most innovative and successful technology entrepreneurs.
Shortlisted companies will be given exclusive networking opportunities among industry experts and tech leaders. The winner in Saudi Arabia will progress to the Global Tech Innovator final event during the Web Summit 2022 in Lisbon Portugal, where they will pitch their growth plans to an international judging panel and compete with the participants from other countries for the global recognition.
Brazil AgriTech startup wins
In 2021, Brazil’s rapidly growing AgriTech startup Krilltech NanoAgtech was crowned the KPMG Private Enterprise Global Tech Innovator winner, following an intense competition with 16 other finalists including Natufia.
Commenting on the competition, Dr Samer Abdallah, Head of ICT Sector, KPMG in Saudi Arabia, said: “We are excited to see that start-ups are booming in Saudi Arabia. More and more entrepreneurs are succeeding each day, and their success inspires others. By bringing innovative technologies to light, we are supporting the growth of companies that are changing the world for better. No matter what type of technology a business is utilising, whether they are tech-enabled, tech-led, or tech-driven, we encourage them to apply to this competition and take advantage of this incredible opportunity.”
“Making connections and gaining recognition among some of Saudi Arabia’s most respected advisors, industry leaders, and other major world markets through the global exposure in the competition, is an opportunity that every tech entrepreneur would be excited about.”-- TradeArabia News Service