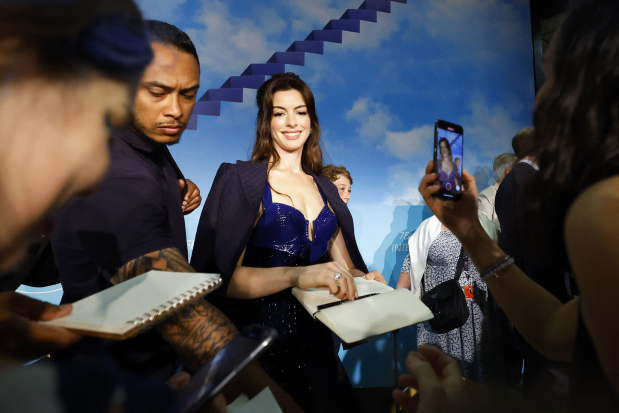 American film director James Gray, debuting his movie "Armageddon Time" at the Cannes Film Festival, lambasted the Ronald Reagan-era racism that the film deals with, saying on Friday it set the stage for current social tensions.

"I can't say that it caused what is going on today that scares me, but there were the seeds that were planted," Gray told Reuters in an interview.

Gray's coming-of-age film explores issues of race and privilege in American society, with a star-studded cast including Anne Hathaway, Anthony Hopkins and Jeremy Strong. It debuted at the world's biggest film festival on Thursday.

The film is one of 21 entries vying for the French festival's top prize, the Palme d'Or.

Set in the 1980s, the movie takes its title from a quote from former U.S. President Reagan, who warned that "we" may be the generation that experiences Armageddon.

Reagan had kicked off his 1980 presidential campaign in Philadelphia, Mississippi, where in 1964 three prominent civil rights workers had been murdered by the Ku Klux Klan - a deliberate message, according to Gray.

"Ronald Reagan knew what signals he was sending, particularly to white southerners, and I have not forgotten that - it's in my head and I wanted to make a statement about that," said Gray.

Gray's film, loosely based on his life, is told through the character of young Paul Graff, who is white and played by Banks Repeta. It traces his friendship with Johnny, who is Black and played by Jaylin Webb.

The boys have high ambitions - but run up against rigid social structures.

"Trying to deal with this psychologically I tried to understand, I tried to get in his mindset and really understand what he went through. And my parents helped me out, because they're really familiar with that feeling," said Webb.

Bonds — and tensions — between generations is another theme, with Hopkins playing a central role as Graff's grandfather.

"He was wise," said Repeta. "We danced off set, which was enjoyable, and he was fun – he didn't make anything too serious."