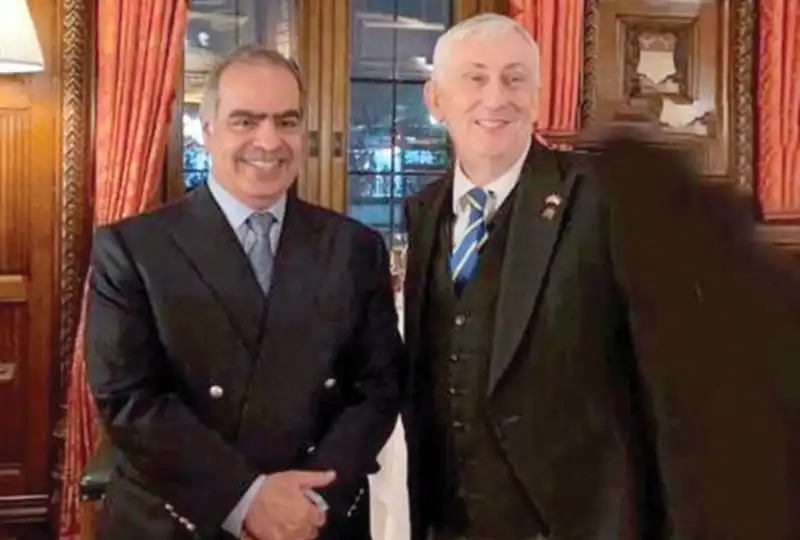 Bahrain’s Ambassador to the United Kingdom Shaikh Fawaz bin Mohammed Al Khalifa attended the podium of the British House of Commons Speaker Lindsay Hoyle. He listened to the responses and discussions of British Prime Minister Boris Johnson in front of the Parliament, and learned about the general policy of the government .