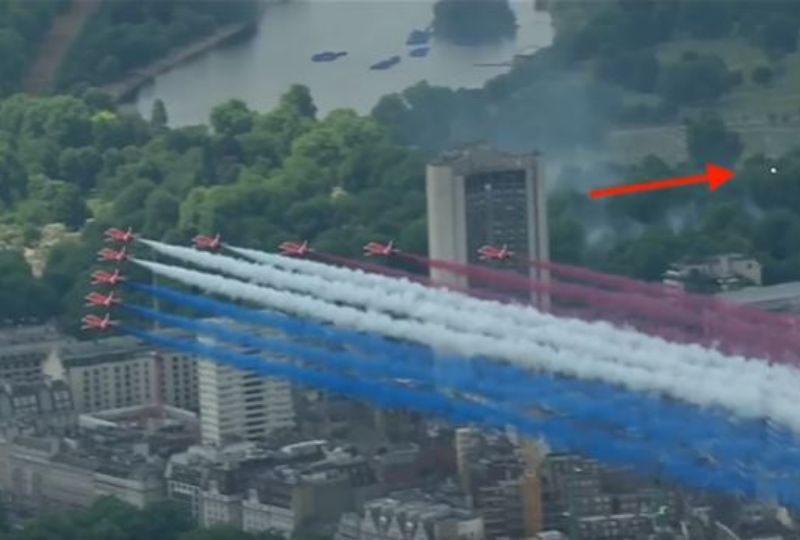 As thousands of people gathered in the United Kingdom to celebrate the Queen's 70 years on the throne and even more watched from home.

In the official broadcast of the long weekend festivities, onlookers were treated to several spectacles from different organisations.

One of these organisations was the Royal Air Force, whose Aerobatic Team performed the Trooping the Colour parade.

A group of nine planes flew in formation, leaving behind a trail of red, white and blue smoke.

The footage also seems to show a white fuzzy object streaking across the sky, right behind the planes.