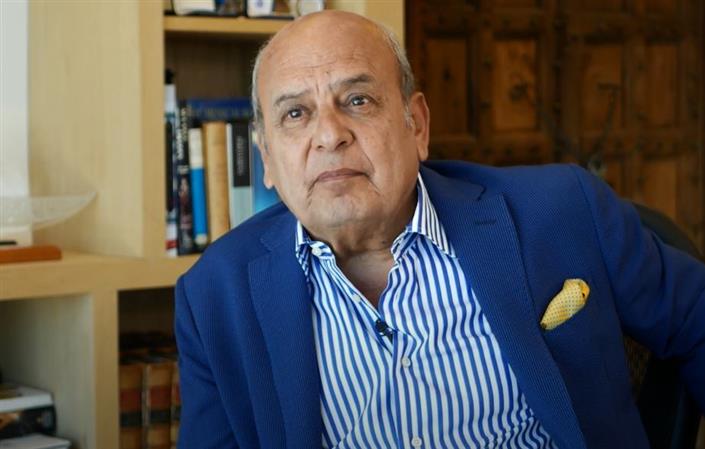 The US and the West are continually intensifying their sanctions against Russia, and Russia is reacting with further escalation.

All this while the rest of the world suffers. Particularly the Ukrainians, many of whom have become victims, displaced persons, and refugees.

The rest of the world’s inhabitants suffer, as they are increasingly affected by food shortages, inflated costs, and even the threat of a nuclear war.

All of this is happening at a time when we are still trying to recover from the devastating physical, economic, and societal effects of the coronavirus pandemic. What’s worse is the globe has not yet recovered from this. It continues to resurface in many locations, including certain Chinese cities, and shuts down many parts of public life. Not to mention the emergence of monkeypox and other unpleasant surprises.

I believe that the desire to demonstrate strength is at the core of the Russian-Western conflict in Ukraine. This, despite the fact that combat operations on the ground have almost halted. Neither side can or will be able to militarily defeat the other, and negotiations between the two parties have been complicated by the failure to make real concessions.

It’s evident that Russia intended a quick war in Ukraine to fulfil its objectives, especially since it committed more than a third of its huge force to the conflict.

The leaders of the Kremlin were surprised by the strength of the Ukrainian opposition, as well as the firm attitude of Europe and the US, who this time united against Russia.

Russia today appears to be coping with a painful but non-fatal disease and is attempting to adjust to it as quickly as possible. Every time the West throws a punch, Russia retaliates with a similar punch, while the rest of the world is watching in agony.

As an African proverb says, “When elephants fight, the grass too will suffer”.

Did the Russians assume that invading Ukraine would be a walk in the park, as they did when announcing the takeover of Crimea and, before that, Abkhazia and Ossetia? Did they make their assessments based on inaccurate information about the Ukrainian army provided by their intelligence services, or on predictions that undervalued the magnitude of the Western response?

On the other hand, the US gives Ukraine logistical and military assistance that both stops the Russians from prevailing in Ukraine yet are insufficient to defeat them. Its goal is to continue depleting Russia by prolonging a conflict far from American soil.

However, this does not negate the fact that the US suffers as well, especially now that the extent of the dollar’s weakness, which the US employs to economically penalise its adversaries, has been highlighted once again. Indeed, the dollar’s reliability as a worldwide currency is being increasingly questioned, and its sustainability is in jeopardy. I’ve even seen reports by economists and others from Credit Suisse that discuss the increasing prospects of moving away from the dollar and using other currencies in the near future.

I’m not sure how the Russian-Ukrainian conflict will be resolved. On the battlefield, it will be impossible for the Russian army to accomplish a comprehensive victory in the face of local militias backed militarily by the West. A scenario that reminds us of the Soviet-Afghan situation. On the political level, even though Kyiv and Moscow have launched peace negotiations, it is impossible to expect any immediate outcomes.

May God help the Ukrainians reconstruct their nation, especially because they should not put too much faith in financing pledges from the West and the US.

May God help Syrians, Lebanese, Libyans, Somalis, and other peoples whose nations have been ravaged by wars and conflicts.

People who are still searching for a world in which their lives are not threatened and their dignity is not degraded because of wars they did not cause but have to live with their consequences.