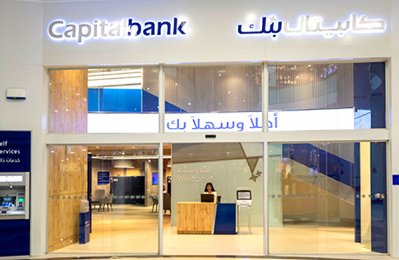 Saudi Arabia's sovereign wealth fund The Public Investment Fund (PIF) has announced the signing of a subscription agreement with Capital Bank Group, one of the largest banking groups in Jordan, Iraq and the Mena region.
As per the deal, PIF will get to acquire a 23.97% interest in the group’s capital, at a value of $185 million, represented by the issuance of 63 million in new shares.
The completion of the deal is subject to completing the conditions in the relevant agreements and obtaining the required approvals from regulators and the relevant government authorities, said the statement from PIF.
The deal aims to increase the Group’s capital, thereby raising its total shareholders’ equity to around $846 million, and bolstering the Group's ability to execute its strategy.
The move is aimed at expanding its business through introducing new services and products in Jordan, Saudi Arabia, Iraq, and other markets where it operates, including through the group’s investment arm; Capital Investments.
In addition, the deal will strengthen the Group’s digital transformation plans by offering the most up-to-date electronic services, including the launch of digital banks.
This deal is in line with PIF's strategy, which includes exploring new investment opportunities in the Mena region that support the creation of long-term strategic economic partnerships to achieve sustainable returns that contribute to maximizing the Fund's assets and diversifying Saudi Arabia’s economy in line with Vision 2030.
The investment contributes to the Capital Bank Group initiative of positively impacting the Jordanian economy, and highlights the growth prospects that the Bank offers, especially given the Group’s solid position in terms of equity.
Capital Bank Group enjoys a strong financial and credit position following its acquisition of the assets and branches of Bank Audi in Jordan and Iraq, as well as Société Generale - Jordan in less than a year.
-TradeArabia News Service