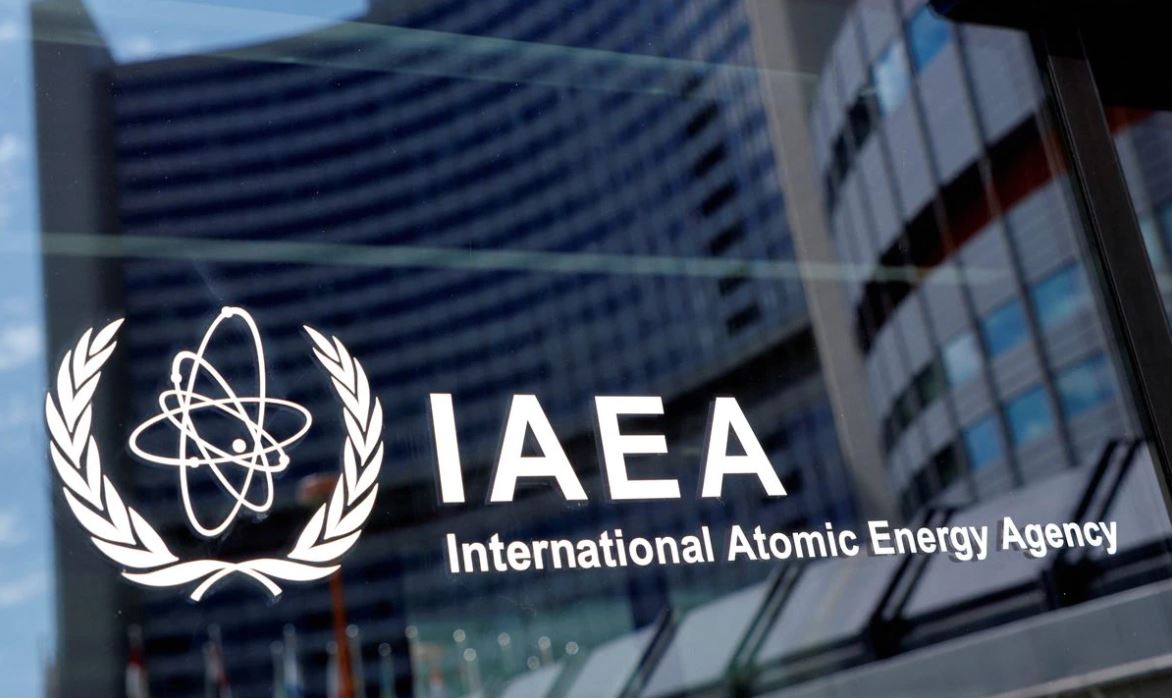 The logo of the International Atomic Energy Agency (IAEA) is seen at their headquarters during a board of governors meeting, in Vienna, Austria, June 7, 2021. (Image credit: Reuters)

Iran has begun further expanding its underground uranium enrichment and said yesterday it would switch off two of the UN nuclear watchdog’s cameras, as the watchdog’s 35-nation board overwhelmingly passed a resolution criticising Tehran.

Only Russia and China opposed the resolution submitted by the US, Germany, France and Britain saying the Board of Governors “expresses profound concern” that uranium traces found at three undeclared sites remain unexplained due to insufficient co-operation by Iran.

It also calls on Tehran to engage with the watch- dog ‘without delay’.

Iran bristles at such resolutions and had warned beforehand of retaliation, raising the prospect of further damage to already stalled
talks on reviving the 2015 Iran nuclear deal.

Later the IAEA informed member states in a report seen by Reuters that Iran had started installing a cascade, or cluster, of advanced IR-6 centrifuges at its underground enrichment plant at Natanz, a longstanding plan it had not acted on for months.

Iran has now also told the agency it plans to install two more such cascades of the uranium-enriching machines.

Tehran ‘weeks away from dashing to a bomb’

Iran has significantly intensified its efforts to obtain technology for its illegal nuclear programme, Germany’s domestic intelligence agency has said.

“The German domestic intelligence agencies were able to identify a significant increase in the indications of proliferation-related procurement attempts by Iran for its nuclear programme,” the report by the Federal Office for the Protection of the Constitution (BfV) reads.

The report covers the Iranian regime’s effort during 2021, at a time when the US and other world powers offered enormous concessions to Tehran in an effort to convince it to stop its work on its atomic weapons programme.

According to the German intelligence document, “If there was a suspicion of possible violations of the JCPOA (Joint Comprehensive Plan of Action, the 2015 Iran nuclear deal), the BfV passed on the relevant information to the responsible authorities.”

Iran’s clerical regime is cited 59 times in the report.

The report refrained, with one exception, from detailing the nature of Iran’s nuclear proliferation activity and whether there were violations of the JCPOA, which is supposed to restrict Tehran’s efforts to expand its nuclear programme.

The German Customs Investigation Bureau (ZKA) opened an investigation against a German citizen of Iranian origin in Norderstedt, near Hamburg, on suspicion of being involved in procuring laboratory equipment and spectrometers for Iran’s nuclear and missile programmes.”