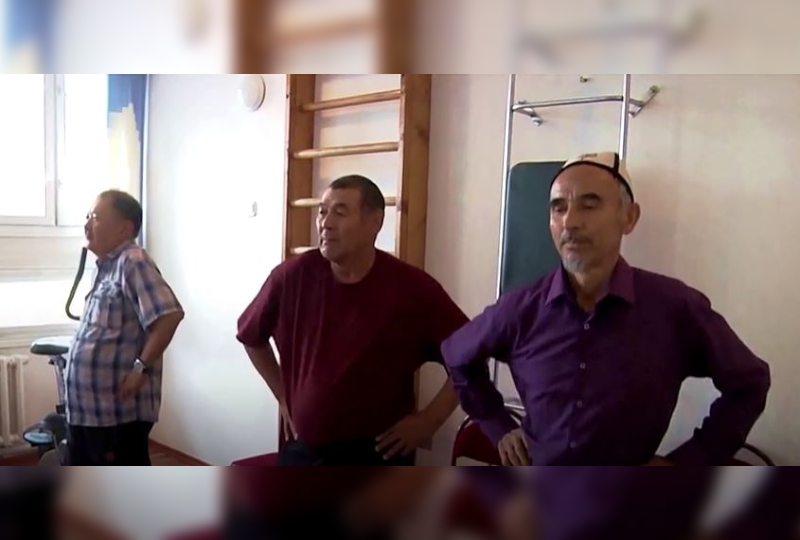 Bishkek may be flanked by picturesque, snow-topped mountains, but the air in some places in Kyrgyzstan is anything but sweet.

As the result of heavy industry, smouldering landfill sites and indoor fires, hundreds of thousands of people in the country suffer from chronic lung conditions, such as COPD.

But while Kyrgyz doctors have conventionally turned to medical remedies, one team says prescribing a course of traditional Kyrgyz dance, called Kara Jorgo, has shown great potential as part of their clinic's "pulmonary rehabilitation".

Hundreds of thousands of people suffer from chronic lung conditions in Kyrgyzstan. But a team prescribing a course of traditional Kyrgyz dance, called Kara Jorgo, says it has shown great potential as part of their clinic's ‘pulmonary rehabilitation’ https://t.co/vBtIV5lz7E pic.twitter.com/ezBTn5QWBt

"When people dance this dance, all the muscles, all the joints are involved, especially in the upper body, and this helps you breathe by strengthening the respiratory muscles, and thereby helps improve quality of life," lung specialist and dance class leader Aijan Taalaibekova from Kyrgyzstan's National Centre of Cardiology and Therapy tells Reuters.

One of her students, Mederkul Zholdoshev, 59, says he'd never danced in his life, but that the "girls" - the pulmonary disease specialists running the Kara Jorgo classes - had pledged to teach him by the time he was 60.

"I just repeat their movements: the chest opens up, air enters easily and it has become easier to breathe; I feel great all day!" says Zholdoshev, who was diagnosed with COPD - Chronic Obstructive Pulmonary Disease.

Kara Jorgo, which translates as "black ambler", is named after the "amble" trotting style of a horse - an animal steeped in folklore in Kyrgyzstan. Movements focus on the upper body.

And though an estimated 500,000 of the 6-7 million Kyrgyz population smoke, there are several other reasons why lung disease is so prevalent.

One is air quality in towns and cities, like the capital Bishkek, where heavy traffic, outdated industrial plants and coal fires chug pollutants into the sky.

In February, the UN Environment Programme ranked Bishkek second on a global list of cities with the worst air pollution.

But air pollution is not just a problem in cities, says Talant Sooronbayev, head of the Department of Pulmonology at the National Centre of Cardiology and Therapy.

Outside cities, very few houses have central heating, meaning Kyrgyz households burn coal, wood and dung for heat, with many spending the entire day at home.

Sooronbayev says, for this reason, rural communities also suffer lung disease. Given so many Kyrgyz cannot - or will not - see pulmonary specialists, he believes getting people to dance Kara Jorgo could be a game-changer.