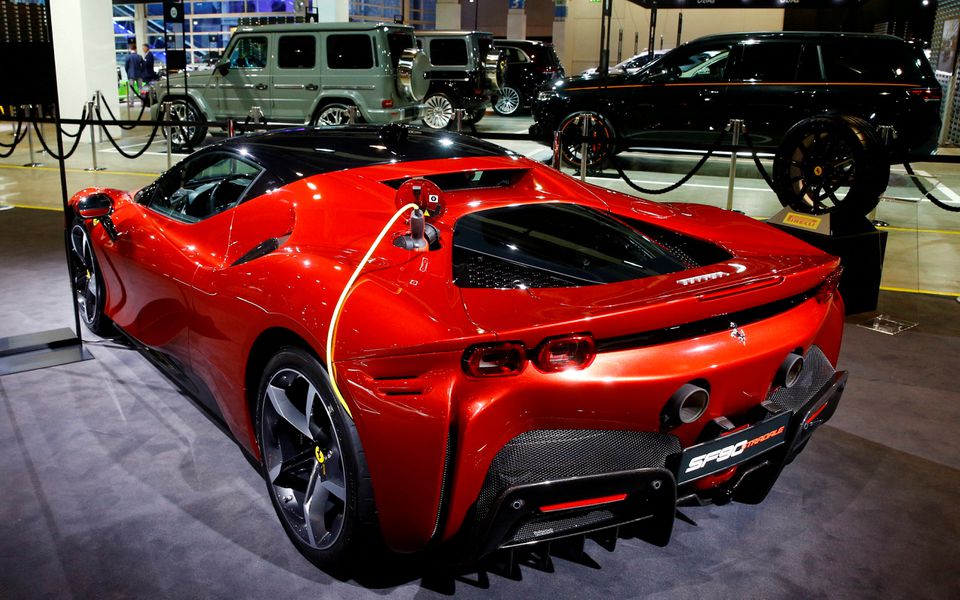 Nine months after taking the top job, Ferrari CEO Benedetto Vigna will be expected this week to explain how the carmaker will preserve its cachet - and top tier prices - in a future of electrified cars.

The Italian luxury sports carmaker is set to unveil its much awaited business plan on Thursday, heading into the new era of cleaner, silent and electric mobility.

That is a particular challenge for the likes of Ferrari, which built its brand over decades by perfecting the roaring and super powerful engines that drive its cars.

A tech veteran with 26 years of experience in the semiconductor industry, Vigna, who started at Ferrari last September, is tasked with marrying innovation with tradition.

"We should expect a clear focus on technology transition, qualifying the key burning question, namely how the company will evolve in this new environment, not only in terms of products portfolio," said Marco Santino, a partner for automotive practice at management consultants Oliver Wyman.

It has said strategic partnerships will be key to accessing new technologies while keeping capital expenditure under control.

The company is expected to reveal the relevant areas for new partnerships, which could develop along the lines of an existing tie-up with Britain's Yasa, now part of Mercedes, which is supplying technologies for electric drive for Ferrari's hybrid models.

The CEO said earlier this year that Ferrari would rely on partners to develop bio and synthetic fuels which could be an additional green option alongside all-electric technology.

By announcing its first sport-utility vehicle (SUV), the Purosangue, for the coming months, Ferrari is also moving into a lucrative market segment where competitors such as Lamborghini, part of Volkswagen group, already operate.

"A key challenge in the mid-term is to maintain best-in-class profitability while supporting a unique effort in developing new technologies and innovative solutions," Santino said.

Besides core technology, Vigna has a number of other areas where he could leave a mark, analysts say, including data and connectivity, intellectual property, Formula One motor sports performance and increased manufacturing complexity.

Investors appear to be keeping faith. Shares in the company have been almost flat in the past 12 months, versus an 18 % drop for the European auto index and a 13 % drop for the luxury index.
Rival Aston Martin lost almost 70 % over the same period, while Tesla shares were among the few to outperform Ferrari.

But Vigna has something to prove.

"A lot is riding on the upcoming Capital Market Day to change valuation parameters for a business which seems to have been on autopilot in recent years and may need a transformational strategy," analysts at Jefferies said.