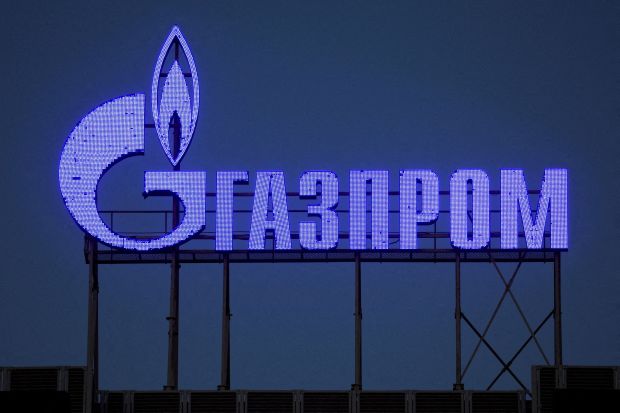 The logo of Gazprom is seen on the facade of a business centre in Saint Petersburg, Russia

LONDON: Russian gas flows to Europe fell short of demand yesterday, coinciding with an early heatwave gripping its south and boosting benchmark prices already lifted by concerns the continent may struggle to build up storage in time for winter.

Italy and Slovakia reported receiving less than half of the usual volumes through the Nordstream 1 pipeline, which crosses the Baltic Sea from Russia to Germany and accounts for around 40 per cent of Russian pipeline flows to the EU.

France said it had received no Russian gas from Germany since June 15. Germany’s Uniper reported delivery of 60pc less gas from Russia than agreed, but said it was able to make up the shortfall elsewhere.

Germany’s energy regulator described the situation as tense, but that German gas supplies were stable for now.

The EU’s reliance on Russian gas and the risk that Moscow could cut supplies in retaliation for economic sanctions imposed after its invasion of Ukraine has been a headache for the bloc, prompting it to build up inventories and seek alternative supplies.

Italy’s Eni said it would receive only half of the 63 million cubic metres per day it had requested from Russia’s Gazprom, after experiencing a shortfall the two previous days.

Italy may declare a state of alert on gas next week if Russia continues to curb supplies, which would mean reducing gas consumption, rationing gas to industrial users and ramping up coal power generation.