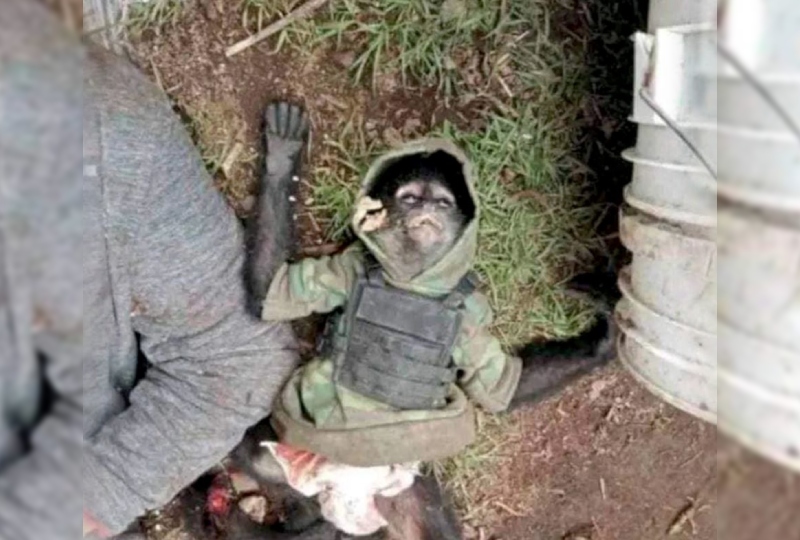 The pet monkey of a drug cartel member has been killed in a bloody shootout in Mexico.

The monkey was found dressed up in a bulletproof vest, a khaki hooded jacket, and a diaper.

The small spider monkey was found lying on its owner’s chest, a young man who is allegedly a member of Mexico’s notorious La Familia Michoaacana criminal group, who also died in the shootout that left 11 cartel members dead.

Police came across the bizarre and gruesome scene following a deadly gunfight between authorities and cartel members in the town of Texcaltitlan in central Mexico.

Images of the “narco monkey” went viral online, with many social media users assuming that they were fake.

Local police later confirmed that the pictures are genuine.

Mexico Daily Post reported that authorities will investigate the likelihood that the spider monkey, a species protected by Mexican law, was illegally trafficked by the cartel.