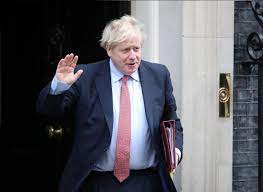 LONDON: British Prime Minister Boris Johnson had a minor, routine operation under general anaesthetic on Monday related to his sinuses, his spokesman said, adding he had recovered well and would take meetings at his Downing Street office.

The spokesman earlier said he went to the hospital around 6 a.m. (0500 GMT) for the operation, returning to Downing Street shortly after 10 a.m.

In a later update on his condition, the spokesman said the prime minister had made a good recovery.

“He is feeling well and has come back down to the office and is due to take meetings this afternoon,” his spokesman told reporters, adding Johnson would chair a meeting of his cabinet team of top ministers on Tuesday.

“It went well, and he’s pleased to be back in Number 10 (Downing Street).”