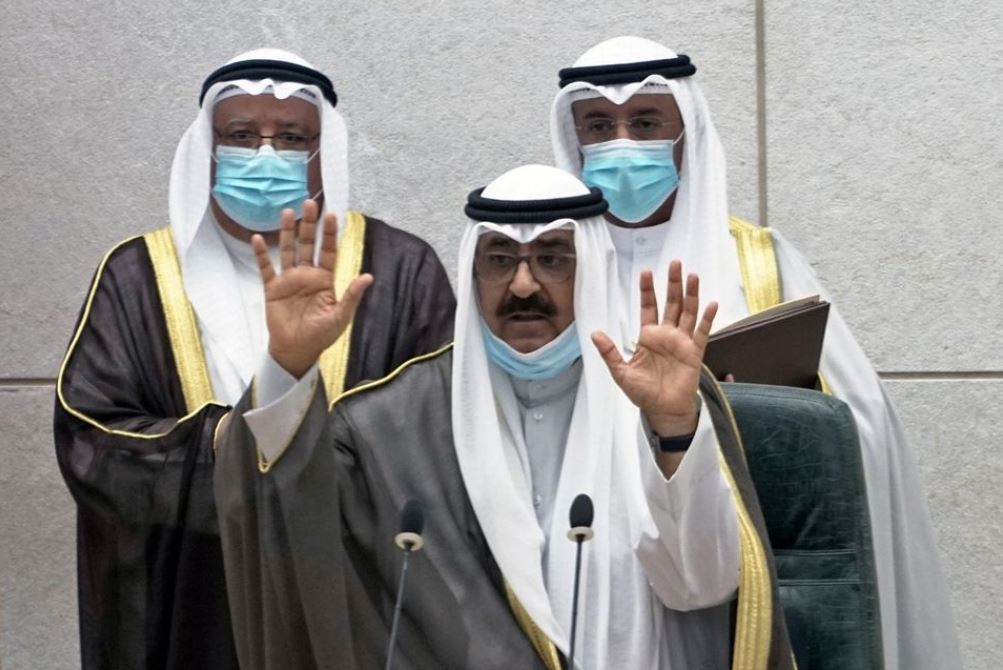 KUWAIT- Kuwait's crown prince on Wednesday dissolved parliament and called for an early election following a stand-off between the government and elected assembly that has hindered fiscal reform.

Crown Prince Shaikh Meshal al-Ahmad al-Sabah said in a televised speech that decrees would be issued for the dissolution of parliament, the Gulf region's oldest and most lively, and for "elections in coming months".

Kuwait's ruling amir, who has the constitutional power to dissolve parliament, made a brief appearance to say that Shaikh Meshal, his half-brother and designated heir, would speak on his behalf, effectively blessing the move.

Shaikh Meshal, who was handed most of the amir's duties late last year, said the domestic political scene was being "torn by disagreement and personal interests" to the detriment of the US-allied country, which is an OPEC oil producer.

The move comes at a time when several opposition lawmakers are staging an open ended sit-in at the parliament complex to press Shaikh Meshal to name a new prime minister to replace the caretaker premier who has faced a combative parliament as head of cabinet.

The government resigned over two months ago ahead of a non-cooperation motion in parliament against Prime Minister Shaikh Sabah al-Khalid, a member of the ruling family who has been premier since 2019.