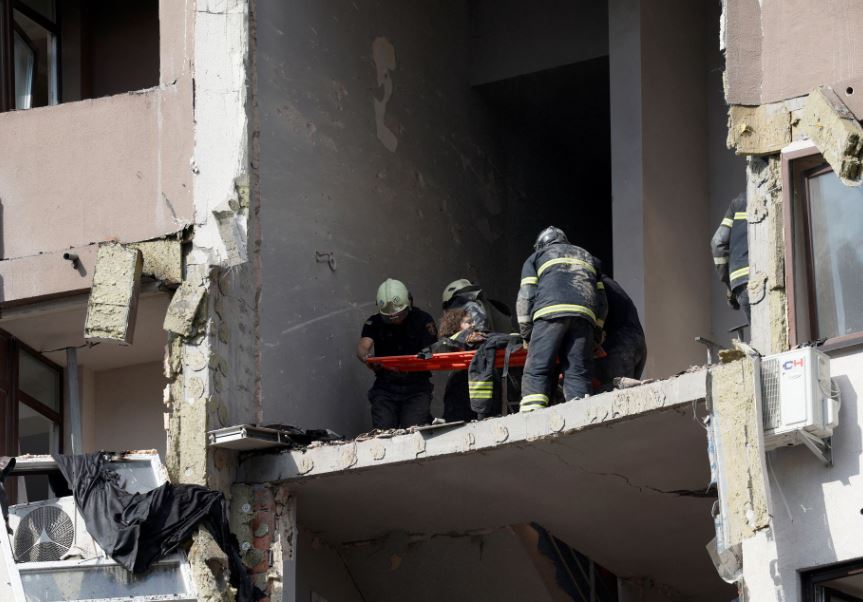 Several explosions shook Kyiv's central Shevchenkivskiy district early on Sunday, causing a widespread damage and a fire at a residential building, officials said, in the first assault on Ukraine's capital since early June.

Emergency services said that as a result of the Russian shelling a fire broke out in a nine-storey residential building that had been partially damaged in the attack.

Kyiv's mayor, Vitali Klitschko, said that residents are being rescued and evacuated from two buildings.

"There are people under the rubble," Klitschko said on the Telegram messaging app. He added that several people had already been hospitalised.

"They (the rescuers) have pulled out a seven-year-old girl. She is alive. Now they're trying to rescue her mother."

Air raid sirens regularly disrupt life in Kyiv, but there have been no major strikes on the city since June 5 when a rail car repair facility was hit on the outskirts and a late April shelling when a Radio Liberty producer was killed in a strike that hit the building she lived in.

The Shevchenkivskiy historic district, one of Kyiv's central, is home to a cluster of universities, restaurants and art galleries.

Russia invaded Ukraine on February 24, but abandoned an early advance on Kyiv in the face of fierce resistance bolstered by Western arms.

Since then Moscow and its proxies have focused on the south and Donbas, an eastern territory made up of Luhansk and its neighbour Donetsk, deploying overwhelming artillery in some of the heaviest ground fighting in Europe since World War Two.