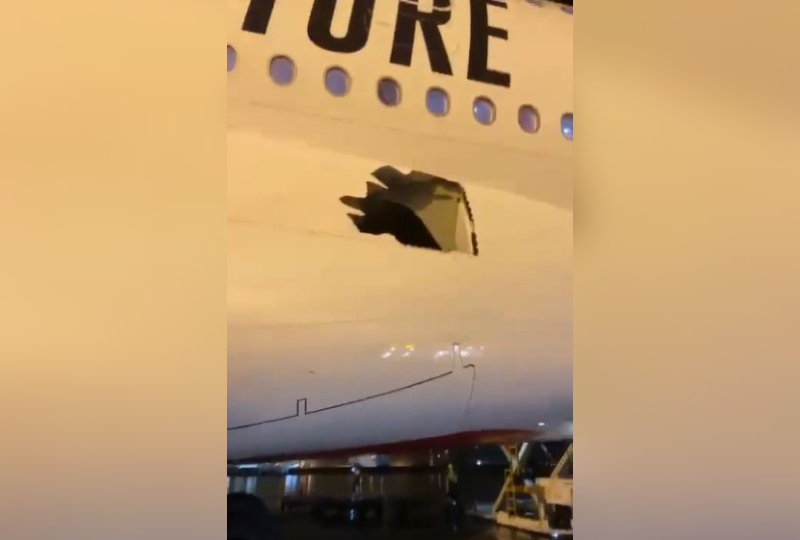 An Emirates Airlines flight flying from Dubai to Brisbane landed safely after suffering from a technical fault during its cruise.

Flight EK430 landed safely in Brisbane, Australia, on Friday and all its passengers disembarked as scheduled.

Australian media reported images of the plane with a hole on the side of its fuselage.

#Emirates #A380 departed @DubaiAirports and continued to @BrisbaneAirport when a tyre burst during landing gear retraction (within the wheel well) and punctured the fuselage.

The damage was allegedly caused after a wheel exploded in the undercarriage during take-off.

“Our flight EK430 flying from Dubai to Brisbane on July 1 experienced a technical fault during the cruise,” said Emirates in a statement.

“The aircraft landed safely in Brisbane and all passengers disembarked as scheduled. The safety of our passengers and crew has always been our top priority.”