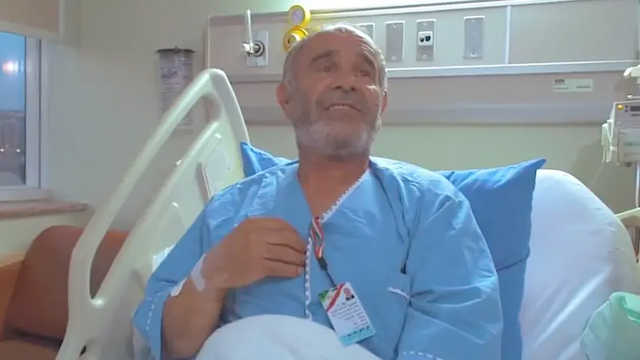 MECCA: A Saudi medical team from the King Abdullah Medical City in Mecca rescued a Haj pilgrim who suffered from severe angina pectoris while he was heading to the Grand Mosque to perform prayers, the official Saudi Press Agency reported.

The pilgrim in his sixties, suffering from severe chest pain, underwent urgent diagnostic catheterisation with full examinations, along with CT scans which showed that more than two arteries in the heart had been blocked, causing severe angina pectoris.

The medical team first decided to perform an open-heart surgery, which the pilgrim refused after consulting with the doctor of his Haj campaign. The team then finally decided to install stents for the blocked arteries, according to a report on Al Arabiya news website.

The patient’s condition has improved and is set to be released from the hospital to complete his Haj rituals.

The Saudi health ministry confirmed that the Medical City is prepared to provide high quality healthcare services to all pilgrims and visitors throughout the Haj season.

Wrapped in white robes, with some carrying umbrellas against the burning desert sun, hundreds performed the first ritual of the Haj, which involves walking in a circle around the Kaaba, the sacred building at the centre of Mecca’s Grand Mosque.

Saudi Arabia, home to Islam’s holiest sites in Mecca and Medina, has enabled foreign travellers to perform Haj this year. Only a few thousand Saudi citizens and residents attended the annual pilgrimage in the last two years as Covid-19 wreaked havoc across the global economy and curtailed travel.