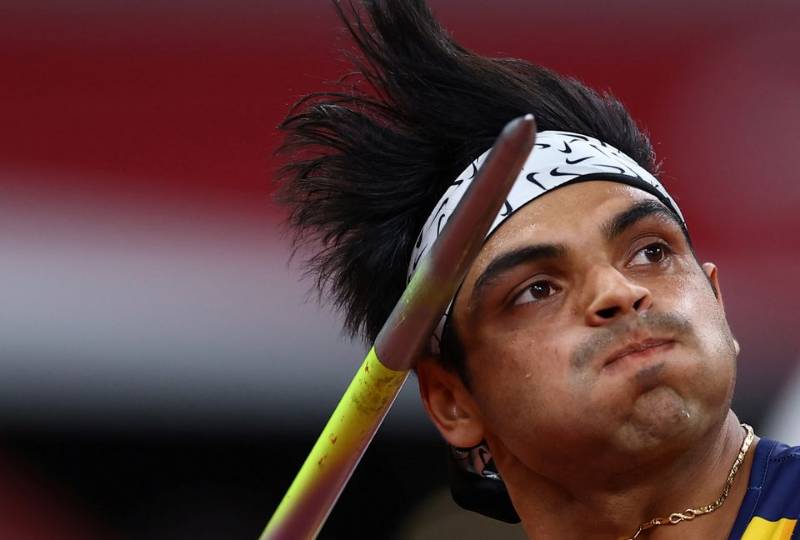 As India prepares for its first "National Javelin Day" on Aug. 7 to mark the anniversary of Neeraj Chopra's historic Olympic gold medal, the 24-year-old will hope to bring a maiden senior World Championships medal to the celebrations.

Chopra, the son of a farmer, came up with an effort of 87.58 metres in Tokyo last year to become the first Indian to claim an individual Olympic gold in athletics.

While superstardom has followed the athlete with Bollywood good looks, his focus has remained on pushing the boundaries in a sport that is dwarfed in cricket-crazy India and Chopra heads into the worlds looking to break new ground.

Chopra, who hails from the Northern Indian state of Haryana -- better known for producing wrestlers and kabaddi players -- threw a personal best 89.30m at last month's Paavo Nurmi Games before improving it to 89.94m at the Stockholm Diamond League.

"I'm close to 90m," said Chopra, who finished second in Stockholm behind Grenada's reigning world champion Anderson Peters. "I know I can throw it this year.

"A lot of guys now are capable of throwing over 90m. It'll take 89m plus to win in Eugene."

Victory at Eugene, Oregon will mean Chopra will become the first men's javelin thrower to follow an Olympic triumph with a world title since Norway's Andreas Thorkildsen in 2008-09.

Chopra said being the reigning Olympic champion would not heap the pressure on him ahead of the July 15-24 worlds.

"Nothing of that sort should happen because I play with a free mind and perform to my potential," he added. "There's no pressure... I train well and give 100% in competition."

Chopra's chances have improved following the withdrawal of Johannes Vetter, who has the second-biggest throw of all time, after the German sustained a shoulder injury, while Peters is managing a back issue.

Long jumper Anju Bobby George remains the only Indian to claim a worlds medal with a bronze in 2003, Chopra -- dubbed by the nation's media as the "man with the golden arm" -- looks primed to continue his run of success.

At the Gold Coast in 2018, the former world junior champion became only the third man to win an athletics gold for India at the Commonwealth Games after sprinter Milkha Singh in 1958 and discus thrower Vikas Gowda in 2014.

He then added an Asian Games gold in Jakarta before becoming a household name with his Olympic win, which meant that he spent the second half of last year being feted by an adoring nation and only resumed training in December.