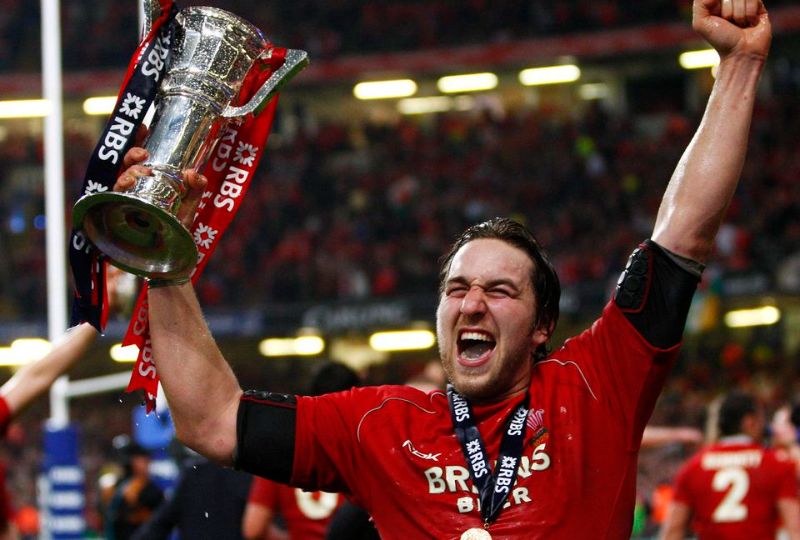 Former Wales captain Ryan Jones said he feels like his "world is falling apart" after being diagnosed with early onset dementia.

The 41-year-old said he had received the diagnosis in December last year, with doctors telling him he was one of the worst cases they had seen. He was also diagnosed with probable chronic traumatic encephalopathy (CTE).

Jones won 75 caps for Wales and captained the side to a Six Nations Grand Slam in 2008, making his last appearance for them in 2014. He was also part of the British and Irish Lions squad that toured New Zealand in 2005.

"I feel like my world is falling apart. And I am really scared," Jones told the Sunday Times. "I lived 15 years of my life like a superhero and I'm not. I don't know what the future holds.

"I am a product of an environment that is all about process and human performance. I'm not able to perform like I could. And I just want to lead a happy, healthy, normal life. I feel that's been taken away and there's nothing I can do ...

"(Rugby) is walking headlong with its eyes closed into a catastrophic situation," Jones said.

In 2020, a group of former rugby players filed a class-action legal case against World Rugby and other governing bodies, alleging that their failure to protect them led to early onset of dementia.

In June, World Rugby said it has changed its Graduated Return to Play (GRTP) protocols which will now require elite players with concussion symptoms to avoid playing for a minimum of 12 days.