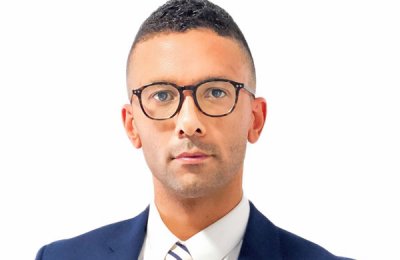 James Fullerton
Automated underground waste collection systems specialist, Envac, has promoted James Fullerton to Managing Director Middle East as part of a restructure.
In this role, Fullerton will lead the organisation’s regional business to align and strengthen its delivery capability and create a solid foundation to address Saudi Vision 2030, which is heavily focused on smart cities and sustainability.
Envac’s Middle East operation, which currently employs 57 people and has a turnover of $13 million, has merged to become part of a new EMEA macro division, which will include the company’s activities in Europe and Africa.
EMEA division
The newly-formed Envac EMEA regional division will generate an annual business volume of around $37 million. It employs 200 people and operates and maintains almost 100 facilities across the Middle East, Spain, Portugal, France and Italy.
Inventor of the pneumatic waste collection system, Envac is the global leader in delivering sustainable urban development through highly efficient waste management systems and has been present in the region since 2007.
It recently won contracts worth $8 million for two new stations in Doha, renewed several maintenance contracts in Dubai and is completing a further $46 million in projects in Mecca and Riyadh, including King Abdullah Financial District.
Restructuring
“During the pandemic period, the organisation restructured to rationalise strengths, leading to a merger between the Middle East, Europe and Africa operations, which has opened up a vast supply chain and bank of expertise for Envac in this part of the world,” said Carlos Bernad, Envac Regional President EMEA.
“Having held several positions in Envac over twelve years with us, James knows the organisation inside and out, and we have been impressed by his ambitions for taking regional operations to the next level,” added Bernad.
Speaking of his appointment, Fullerton described his targets for growth: “Due to a number of contract wins, both consolidation and growth is key, particularly targeting the boom in Saudi projects and also several large developments in Qatar.
Privileged position
“We’re in a privileged position to be in a part of the world with so many large-scale and complex developments progressing. It’s important we make the most of these opportunities while maintaining the high standard expected from existing clients.”
In the Middle East, Envac has well-established bases in the UAE, Qatar and Saudi Arabia, and currently operates a total of 16 facilities, nine of which are in Dubai with another seven in Doha, serving a total of nearly 100,000 people.-- TradeArabia News Service