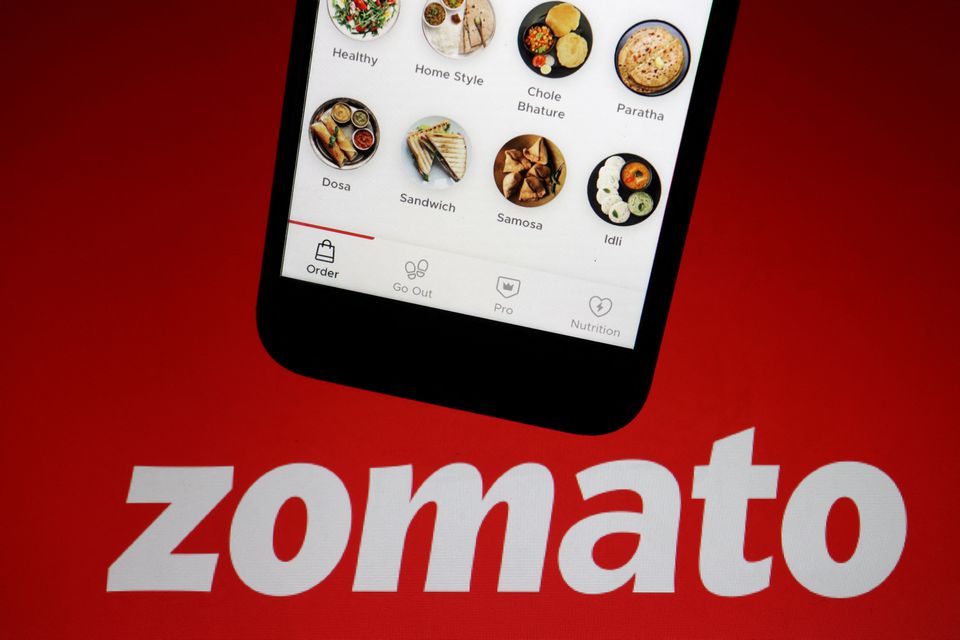 BENGALURU: Shares of Indian food delivery company Zomato fell more than 14% to a record low on Monday, as a one-year share lock-in period for promoters, employees and other investors expired following the 2021 listing.

Zomato made a stellar debut on July 23, 2021 in the Mumbai market, but its shares have lost more than 60% of their value since then on concerns about valuations and as global growth stocks cratered.

"Investors are concerned about the sell-off through employees and promoters," said Prashanth Tapse, vice president of research at Mehta Equities.

Investors are also not comfortable with the acquisition of Blinkit, he said, adding that the fundamentals of the company were still good.

On Monday, the stock posted its biggest intraday percentage drop since Jan. 24 in heavy-volume trade of 2.7 times the 30-day average.

The company now has a market value of 366 billion rupees ($4.58 billion), compared with 1.29 trillion rupees at its all-time high in November.

Zomato is scheduled to report its first-quarter results on Aug. 1. The company had reported a 75% jump in fourth-quarter revenue in May, while gross order value - or the total value of all food delivery orders on its online platform - surged 77% year-on-year to a record high.

On Friday, Reuters reported that Domino's Pizza's (DPZ.N) India franchise will consider taking some of its business away from Zomato and Swiggy if their commissions rise further.