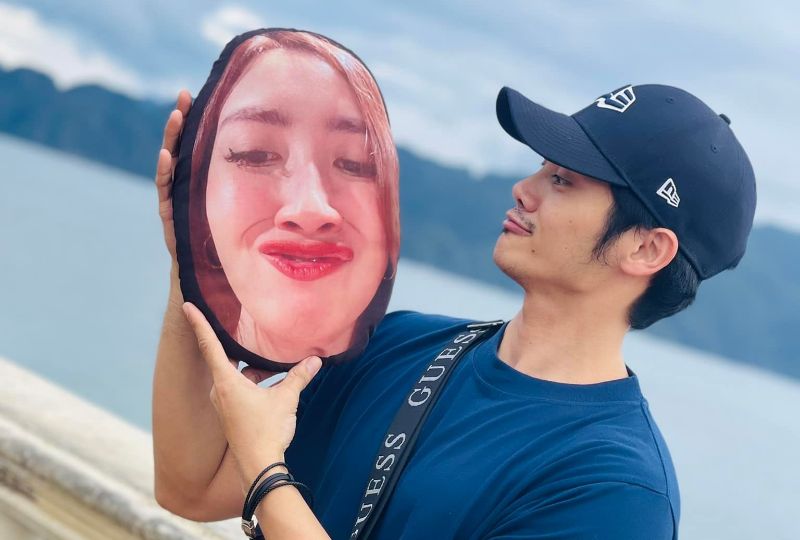 Raymond posing with the pillow on his trip.

After a last minute change meant that his wife could not join him on their trip, a Filipino man carried around a pillow with his wife's face on it while exploring the island of Coron in the west of Phillipines.

Raymond Fortunado, a fitness trainer and his wife Joanne, a model, had originally planned to go on the trip together, but the latter was unable to join due to a work emergency.

Mr Fortunado, who was determined to go on the vacation with his wife, decided to bring along a custom-made pillow with his wife's face printed on it.

He documented his journey with his "pillow wife" by posing with the pillow all throughout the trip and posting it to his Facebook page. He even convinced some of the locals to pose with the pillow.